New York inches up to 4.8, Philadephia index falls slightly to 16.8 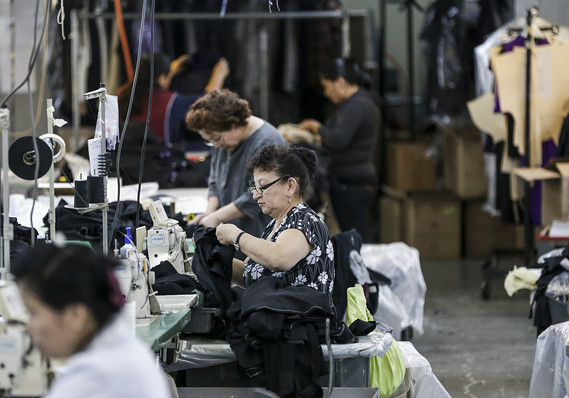 The numbers: Two regional gauges of manufacturing sentiment held their own in August, showing manufacturing expanding at a moderate pace, according to data released Thursday.

The Philadelphia Fed manufacturing index fell slightly to a reading of 16.8 in August from 21.8 in July. Economists had expected a much bigger drop to 11.1, according to Econoday.

The Empire State Index, meanwhile inched up at a reading of 4.8 in August from 4.3 in July, the New York Fed said. Economists had expected a reading of 2.5. The index has recovered a bit from a very weak -8.6 reading in June. 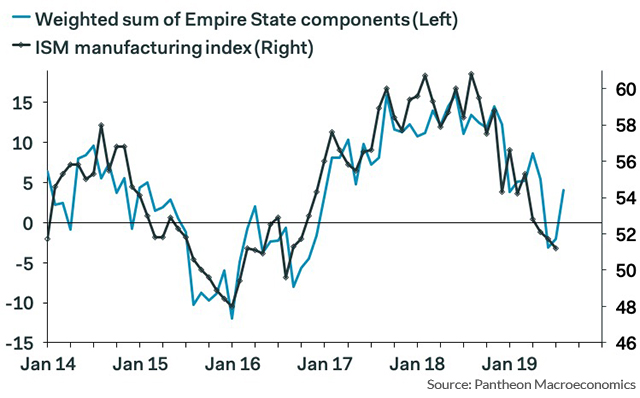 REcent performance of the Empire State and national ISM indexes

What happened: The level of the activity index in the Philadelphia region in July was much higher than other regional Fed manufacturing surveys.

In the New York region, optimism about future activity slumped, with the futures business index falling to 25.7 in August from 30.8 in July. In the Philadelphia region, optimism only fell slightly.

The big picture: Manufacturing firms were not as pessimistic about activity as had been expected. There is a worry that manufacturing will be hit hard by renewed trade tension with China. The national ISM factory index fell in July to its lowest reading in three years.

What are they saying? “With the latest data from China and the euro-zone pointing to continued weakness, and trade policy uncertainty intensifying, the manufacturing downturn probably still has further to run,” said Andrew Hunter, senior U.S. economist at Capital Economics.