‘End of the world’: This futurist has some grim news for the middle class 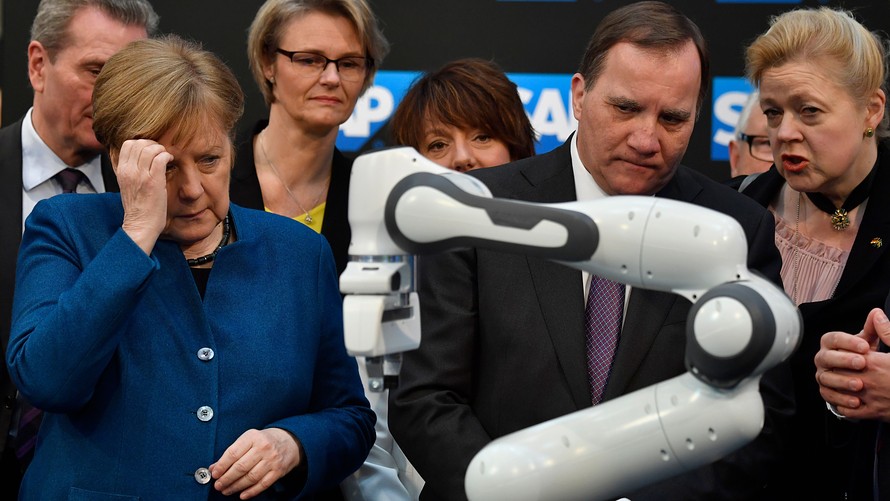 Getty Images
Should we be worried about automation?

‘This figure is the end of the world for the average people. It reflects a rather depressing picture: The state and the economy are advancing by storm — but the workers are almost not benefitting from this progress and are left behind. It is almost a catastrophe.’

That’s Dr. Roey Tzezana, a “future studies” researcher at Tel Aviv University and a research fellow at Brown University, referring to the growing gap between labor productivity and wages, as seen in this chart: 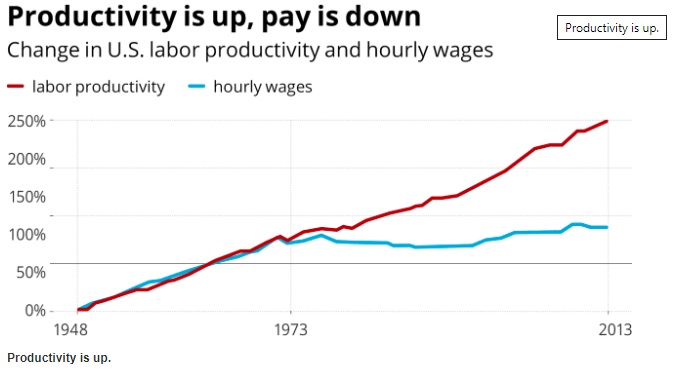 In other words, as automation continues to render jobs obsolete, the divide between the rich and everybody else will only continue to grow, and the middle class as we know it will cease to exist. Such a scenario will create a society of extreme pockets of wealth and those who can barely get by.

And that’s a problem for everybody, he said.

“It doesn’t match the ideas of democracy because democracy is based on the middle class,” Tzezana told Haaretz . “It is harder for workers from the lower class to vote in an intelligent manner and make intelligent decisions. It is a situation that over time does not enable the continuation of democracy as we know it.”

He used an example of a factory with 1,000 workers scaling back to just 100 by keeping those with high-level skills to operate the machines that replace the lower-level workers, who are then relegated to service jobs at markedly less pay.

“This is not the problem of just one or two people,” Tzezana continued. “When a lot of people experience this drop, we are talking about an economic crisis: It is not just a problem only for those who can’t pay their mortgages — 60% of the sales of most companies are to the general public and if the public can’t afford to buy a new computer, the entire economy enters a crisis.”

To listen to more from Tzenana, check out his TED Talk: