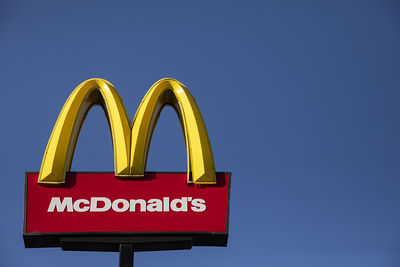 The golden arches will appear for the first time in Rutland, a picturesque county in the East Midlands of England, after the local government has approved proposals for a new McDonald’s /zigman2/quotes/203508018/composite MCD +1.06%   on the outskirts of a tiny town called Oakham.

Fast food giant McDonald’s made public its plans to build a drive-through restaurant in Rutland in May, promising to provide 65 jobs in the area. Almost 400 people attended a consultation event that the company organized in Oakham.

READ MORE : McDonald’s and Other Fast-Food Companies Are Vying for New Customers. Here Are 3 Trends to Watch in 2020.

This week Rutland County Council gave the go-ahead to McDonald’s despite 55 objections raised by residents, saying that the initial proposals have been changed to include the issues locals have been concerned about.

“In the case of McDonald’s, the development put forward has been approved because it wouldn’t have an adverse impact on neighboring homes and businesses, or the character of the surrounding area,” said Rutland Councilor Gordon Brown, in a statement.

As a result of residents’ feedback, the council compelled McDonald’s to provide new waste bins near the restaurant and carry out no fewer than three litter picks daily.

Oakham in bloom, a local charity supporting heritage and environmental projects, objected to the initial landscaping of the restaurant, saying that it “would create a stark and ugly environment” and “have a negative effect on the town”.

The fast-food chain had since revised its plans and agreed to use stone instead of bricks to ensure the building is in keeping with the area. It also included some of the trees, grasses and shrubs that the charity suggested.

A McDonald’s spokesperson said: ”We are delighted that the Rutland Planning Committee has approved our application for a new restaurant in Oakham.”

“Over the last year, we carried out an extensive consultation process, speaking to local residents about our plans and have been heartened by the levels of support we have received.”

According to FactSet, the U.K. accounts for 7.9% of McDonald’s revenues, making it the fourth-largest country for the fast-food chain.

Get news alerts on McDonald's Corp. — or create your own.