Entering retirement in the middle of a health and financial crisis? How to handle your money and your emotions

Even after following a financial plan, the idea of leaving the workforce right now may seem reckless 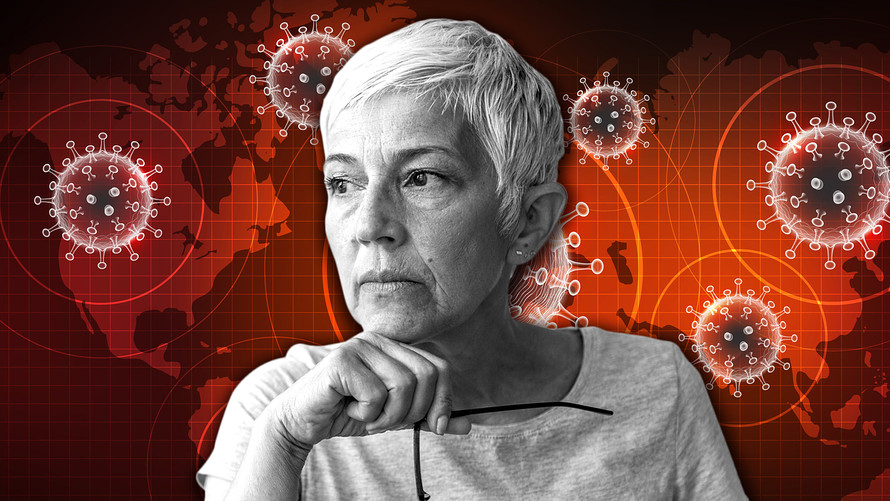 MarketWatch photo illustration/iStockphoto
Near-retirees may be hesitant to retire these days, but if they have a solid financial plan, they should follow through with it.

After years of hard work, paying off debts and saving money, Nancy Carlson is ready to retire. But she didn’t expect the stock market to be so volatile when she set her retirement date for April 30.

Carlson, who manages technical writers in Disney World /zigman2/quotes/203410047/composite DIS -1.58% , said she’s felt prepared for retirement. She and her husband don’t have any mortgage debt and already helped put their kids through college. They just have to pay for living expenses, taxes and insurance. Her husband has been retired for five years already, and she thought it was time to join him.

Then the stock market started acting up, in response to oil price wars and fears of the spreading coronavirus disrupting global economies. The major benchmarks, like the Dow Jones Industrial Average /zigman2/quotes/210598065/realtime DJIA -0.58%  and S&P 500 /zigman2/quotes/210599714/realtime SPX -0.16% , have dropped significantly from their mid-February highs, and the nearly 11-year bull market has come to an end. “It has been disheartening and scary,” Carlson said. “I have had my doubts, if I should go forward with this, but my husband felt strongly that we are OK,” she said.

Investing is emotional, especially when it’s in regard to a person’s life savings.

The couple has other sources of income outside of her 401(k) savings, including both of their pensions and his Social Security. “It would be nice if it would have remained stable or continued to grow, but I have decided to hang in there and go with my plan,” she said. Her financial adviser, Dennis Nolte, vice president of Seacoast Investment Services, has also said she is financially prepared to retire, and should follow through after working so hard to get to this point.

See : Market got you down? How to construct a comeback portfolio

Still, entering retirement in the midst of the coronavirus crisis can be unnerving, and near-retirees may be hesitant to see their plans through. “It’s so hard on people right now, because it feels to many like the earth is shifting underfoot,” said Nate Wenner, principal and a senior financial adviser at Wipfli Financial Advisors. “Some people feel that everything is different now and always will be. I think the truth is that some things may be different for the time being, but not everything.”

Stocks are rebounding as of late, but experts suggest remaining cautious when investing in a volatile environment. History has shown the market may bounce back and then drop again (and it may be too soon to tell what will happen).

That doesn’t mean people can’t retire now, and some financial advisers said their clients are still retiring as they intended to this year. Here’s what people can do if they are entering retirement soon and don’t feel as comfortable about that plan as they may have been only a few months earlier:

Focus on what you can control

Near-retirees can’t dictate what the markets can do — many investors will argue nobody can — but they can control how they react to volatility. “That’s where their efforts should primarily be focused,” Wenner said, adding that his firm has been making adjustments to client portfolios, such as rebalancing and tax loss-harvesting. “We are also spending a lot of time reviewing and updating their longer-term financial plans. Showing them actions they take can make a difference, and that some important fundamental things do not change, even in a crisis where that may come into question.”

What near-retirees can control (although they may want to seek help from a financial adviser): where their assets are invested, how much they withdraw in the first few years, how they spend their money and when they claim Social Security, for example.

Financial plans are only solid if they incorporate market volatility and a potential downturn, said Robert Braglia, president of American Financial & Tax Strategies. “No one could have anticipated this crisis, but any plan that did not anticipate a crisis is not a plan, it is just a collection of investments,” he said.

This is a good time to run the numbers to ensure retirement is feasible right now, and then run them again. Financial advisers can help stress-test portfolios, to see how they would handle a bear market or market volatility, and for how long the money would last. “So if a client’s plan looked good in a stress test a few months ago, they would still be in good shape to retire, even after the recent market events,” said Brian Behl, founder of Behl Wealth Management.