Prize pools of gamers rival those of traditional major-league sports 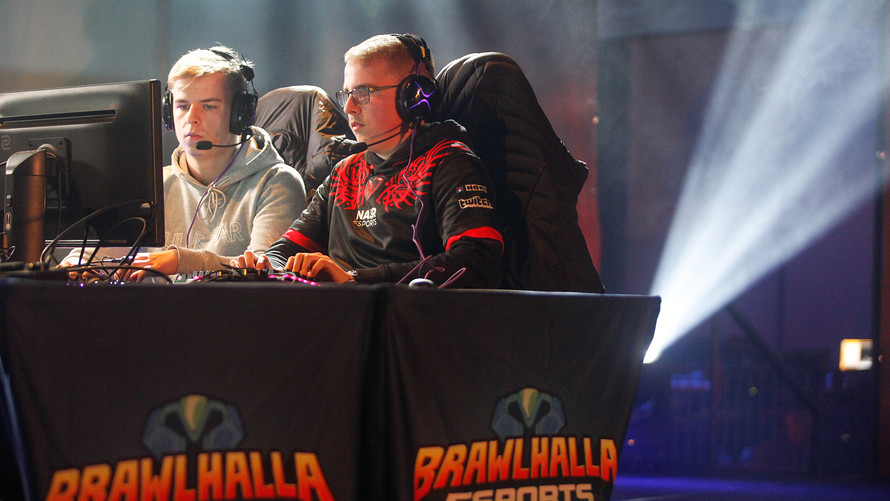 When I’m not writing articles on MarketWatch and designing websites and videos, I relax by playing Brawlhalla , a fighting game along the lines of Smash Bros.

Competing against twitchy teens and 20-somethings has put this 40-year-old guy’s reflexes to the test, but I’ve already invested over 1,900 hours in this challenge, so you could say I am serious. However, I need to get many more victories under my belt before I have what it takes to join one of many tournaments, which culminate in the 2020 Brawlhalla World Championship , a $200,000 event that brings together pros from all over the world.

If you think this is impressive, wait till you see what the rest of the competitive gaming industry’s been doing.

When the lockdown caught everyone by surprise, the eSports and game-streaming industry reaped the rewards. Both Twitch (owned by Amazon /zigman2/quotes/210331248/composite AMZN +0.82% ) and YouTube (Alphabet /zigman2/quotes/205453964/composite GOOG -0.01%   /zigman2/quotes/202490156/composite GOOGL -0.03% ) experienced 20% increase in the number of hours streamed during the lockdown, which shows that a large segment of the population sees gaming as a getaway of sorts. The eSports industry is worth $1.1 billion, but its value is projected to increase up to at least $1.8 billion by 2022 . This massive growth was boosted by equally impressive growth in the eSports audience: from 120 million to 495 million over five years.

If you ever needed further proof of just how far the competitive gaming industry has come, this table will show you:

There you have it: ESports is big, it’s popular, and its prizes rival those of traditional sports. For example, in 2019, the top five Dota 2 players won $3.1 million each , $100,000 more than Novak Djokovic, the current world No. 1 tennis player, took home at Wimbledon that year for his performance.

Maybe you’re wondering: Which games should I watch? If you’re not a gamer, I’d suggest those that are easy to follow.

In fighting games, such as Street Fighter or the Injustice series, this is dead simple: Players have health bars that deplete as the match progresses. The player whose health bar depletes first loses. Next in line come sport simulations: Electronic Arts’ /zigman2/quotes/206954087/composite EA +0.13%  FIFA if you like soccer, 2K Games’ NBA if you’re a basketball fan — and so on. Those games tap into your knowledge, so they’re easy enough to follow. The only issue may be that the viewership is somewhat lacking. Still, don’t let that stop you from enjoying what you like.

The polar opposite would be any of the MOBA (multiplayer online battle arena) or RTS (real time strategies) games. Those require some reading to bring you up to speed as to what’s really happening on the screen. Unless you’re a MOBA gamer, it might be confusing to follow at first and hard to stay engaged. However, matches usually have good commentary and there’s plenty of documentation out there to help the uninitiated; before you know it, you’ll be able to recognize feeders , and enjoy good ganking and an evolution of a good carry .

If all this sounds exciting, I bet you’re wondering where to partake in the experience that is competitive gaming viewership. Here are the staples:

YouTube is the No. 1 global source of video content, and this includes live streaming of eSports tournament matches. Call of Duty League, the Overwatch League and competitive Hearthstone are just a few of the thousands of popular titles streamed live on the platform. In addition to live tournaments, there are literally millions of other gaming-related videos you can watch — from tutorials, tips and tricks to live and recorded training sessions where the pros uncover secrets and techniques they use to win big bucks in the grand online arena.

Although you can find all sorts of content on Twitch nowadays, such as talk shows and artwork creation, it was originally envisioned as a gaming-oriented streaming platform — and it shows. The eSports menu tab provides quick and easy access to live tournament streams, match highlights and more for competitive titles such as Valorant, Apex Legends, League of Legends and more. Watch videos for free and without logging in, or create an account and join your favorite pros on live streams where you can chat or even game alongside them.

MLG (Major League Gaming) is owned by Activision Blizzard /zigman2/quotes/200717283/composite ATVI -1.37% . It’s a free-to-use, ad-sponsored video-streaming platform. MLG streams Call of Duty, Overwatch, World of Warcraft, Hearthstone, Starcraft, Diablo and Heroes of the Storm — all titles owned by Activision Blizzard. Primarily envisioned to be the ESPN of video games, MLG broadcasts its own high-profile events and competitions such as MLG’s Pro-League and MLG X Games Invitational. Much like Twitch, viewers have the opportunity to watch players’ channels and interact with them during live streams.

There are more online sites and even TV channels (such as ESPN or TBS’ ELeague) where you can follow the latest and greatest in competitive gaming, but for starters, I suggest you browse the top three I’ve outlined here. I’m sure you’ll find a perfect game to follow and an amazing team to cheer on.

As for me, I’ll be training for the Brawlhalla Mammoth Cup this month. Wish me luck!

Jurica Dujmovic is a columnist for MarketWatch. He is a business publisher, consultant, designer and gamer. Follow him on Twitter @JuricaDujmovic.