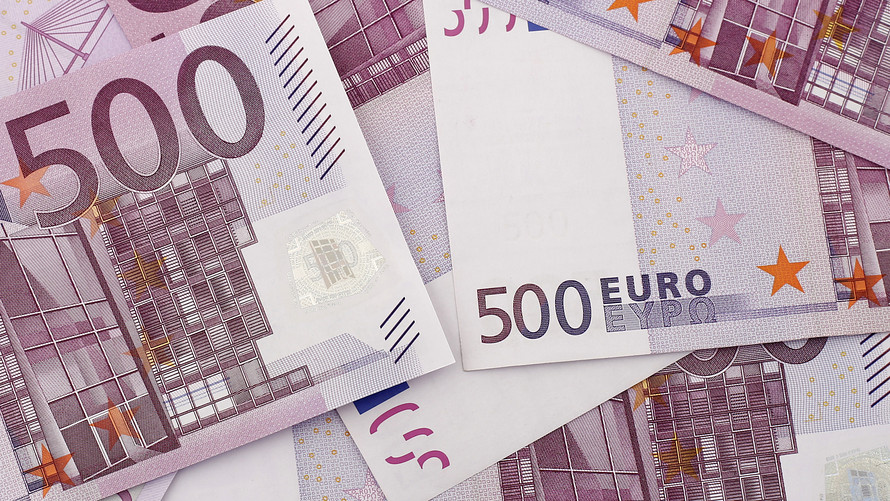 A popular U.S. dollar index on Tuesday extended a strengthening trend to a fifth day in a row, putting the benchmark near a six-week peak as its major rivals, notably the euro, weakened amid mounting political strife between Italy and the European Union.

The ICE U.S. Dollar Index /zigman2/quotes/210598269/delayed DXY -0.19% traded at intraday high of 95.731 before slipping to 95.515, up 0.2% on the day. A fifth daily gain would represent the longest win streak for the dollar index, which measures the buck against a half-dozen rivals, since the six-session period ended May 21, according to FactSet data.

The euro, which is the most influential component of the dollar index, has been the predominant story, with the shared currency stumbling amid political uncertainty in Italy, which has been set in motion by a controversial budget proposal by the country’s government.

That turmoil was stepped up Tuesday when, Claudio Borghi, head of the budget committee in the lower house of Italy’s parliament, said Rome “would resolve the vast majority of its [economic] problems,” if it adopted its own currency, according to The Wall Street Journal .

Read: For Italy, the euro is ‘unrenouncable,’ its prime minister reassures

That prompted a rebuke from Italy’s prime minister, Giuseppe Conte, who took to Facebook to declare participation in the euro “unrenouncable” and to dismiss any suggestion otherwise as “free and arbitrary opinions that have nothing to do with the policies of this government.”

The government, backed by the populist 5 Star Movement party and anti-immigrant League party, have targeted a budget deficit of 2.4% of gross domestic product for next year, putting it on collision course with the EU, which is opposed to a widening deficit for the southern EU member and the third-largest economy in the eurozone.

“Investors have become increasingly concerned about the coalition government’s spending plans, with the deficit under the proposals being larger than many had expected and leaving Italy on a collision course with Brussels, something that shouldn’t really come as a surprise given their historic euroskeptic views and bullish campaign promises,” wrote Craig Erlam, senior market analyst at Oanda, in a Tuesday note.

Read: Italy’s budget turmoil: Here’s what it will take to rattle global markets

Meanwhile, in the U.K., the British pound /zigman2/quotes/210561263/realtime/sampled GBPUSD +0.1983% hit a three-week nadir at $1.2961, compared with $1.3040 in the previous session, following weaker-than-expected construction manufacturing data for September. The index fell to 52.1 from 52.9 in August. Analysts had been expecting a reading of 52.5. A reading of at least 50 indicates improving conditions.

Meanwhile, in the Americas, the Canadian dollar /zigman2/quotes/210561978/realtime/sampled USDCAD -0.3915%  was holding on to most of Monday’s gains following the U.S.’s northern neighbor’s last-minute deal to update the North American Free Trade Agreement. A single dollar last bought C$1.2821 versus C$1.2815 late Monday.

In Brazil, the real /zigman2/quotes/210561973/realtime/sampled USDBRL -0.7759%  surged as much as 2.5% after a poll released late Monday showed a jump in polling for far-right candidate Jair Bolsonaro ahead of Sunday’s first round of presidential elections. The conservative former army captain has opened up his lead to 10 points on socialist candidate Fernando Haddad, with 31% of the vote, according to the Ibope poll .