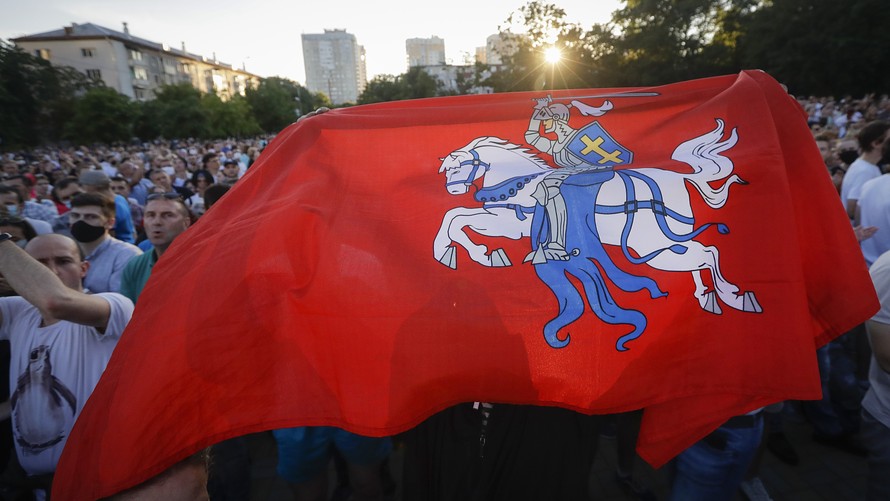 Associated Press
Supporters of Sviatlana Tsikhanouskaya, who has united much of the opposition to longtime incumbent Alexander Lukashenka with other would-be challengers barred from the race, attended a large rally in Minsk on Thursday.

President Alexander Lukashenka, who has ruled the ex-Soviet nation with an iron fist for 26 years, is seeking a sixth term in Sunday’s election. In recent months, the 65-year-old leader has been a target of opposition protests fueled by the worsening economy and his government’s botched response to the coronavirus pandemic.

Election officials have already barred Lukashenka’s two main challengers from running, but remaining candidate Sviatlana Tsikhanouskaya, 37, the wife of a jailed blogger, has managed to unite the fragmented opposition. A recent Tsikhanouskaya rally in the capital attracted an unprecedented 60,000 people.

The campaign chief for another opposition candidate in the five-way race was arrested and sentenced Friday to 10 days in jail. Mikhalai Lysenkou, who was leading the campaign of presidential candidate Sergei Cherechen, was detained outside a polling station where he had gone to observe early voting.

Cherechen, who is considered a minor player in the contest, said in a video statement that Lysenkou was sentenced to 10 days after being found guilty of organizing an unauthorized mass gathering.

“The peaceful mobilization of [Belarusian] society has been met so far with unacceptable further restrictions on freedoms of media and assembly, as well as with detentions of peaceful protesters, domestic observers, journalists and activists,” the European Union’s foreign affairs chief, Josep Borrell, said. “The country’s sovereignty and independence can only be strengthened by peaceful, free and fair elections.”

The foreign ministers of Germany, France and Poland voiced concern in a separate statement that the Organization for Security and Cooperation in Europe and others weren’t invited to observe the election.

“We urge Belarusian authorities to conduct the upcoming presidential election in a free and fair manner, including ensuring independent monitoring by local observers,” they said. “We have taken note of worrying reports of electoral irregularities during early voting.”

Both statements urged Belarusian authorities to release all prisoners detained on political grounds.

Opposition activity has been unusually strong in the tightly controlled country as the economy deteriorates and Belarusians question Lukashenka’s dismissal of the coronavirus threat and refusal to impose restrictions.

Since his election as independent Belarus’s first and so far only president, Lukashenka has retained much of the Soviet-era planned economy, and stifled opposition and independent news media.