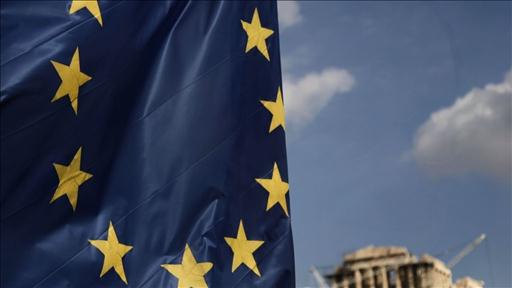 Greece's creditors clear another hurdle in the country's debt saga — but the latest agreement may only temporarily stop the country's crisis from spreading to neighbors.

“It’s a pretty good deal for Greece. It’s not an explicit debt-writedown, but the loosening of the terms of the existing program has the same effect,” said Rupert Watson, investment expert at Skandia.

“For the perception of global markets, Greece becomes less of a risk factor in the next months or maybe next year,” said Watson, who added that focus now will turn to fiscal-cliff issues in the U.S.

“It’s very difficult to know what will happen, but it’s likely that some agreement will be reached before the year cutoff. It’s not in anybody’s interest to fail to reach a deal,” he said.

Shares of Royal Bank of Scotland Group PLC   also posted one of the biggest gains, up 3.5% in London, as UBS upgraded its rating to buy from neutral.

And shares of SBM Offshore NV /zigman2/quotes/202370405/delayed NL:SBMO -0.14%  added 2.9%, as Barclays raised its rating to overweight from underweight, saying the current share price has “overshot on the downside.”

Investors welcomed news from Brussels that the Eurogroup, the European Central Bank and the International Monetary Fund agreed on measures to bring Greece’s debt down to a sustainable level, a necessary move for the country to receive its next tranche of bailout money.

The Eurogroup said in a statement that it would be prepared to lower interest rates on Greece’s loans and defer interest payments by a decade, among other things. The deal was expected to pave the way for further aid disbursements to Greece, with the first installment of 34.4 billion euros ($44.67 billion) on tap in December. See: Euro zone, IMF agree on Greece debt deal

Reuters
Shares of Royal Bank of Scotland Group jump on Tuesday, as UBS raises the bank to buy from neutral.

“This agreement is substantial and should significantly improve Greece’s fiscal position,” analysts at RBC Capital Markets said in a note.

“It does, however, raise many questions, one of which is what will be the position of the other bailout economies (Portugal and Ireland) which would, presumably, also care to see lower rates etc. on their deals — that may therefore surface as an issue over the next few weeks,” they said. See: Will Portugal and Ireland ask for Greek bailout treatment?