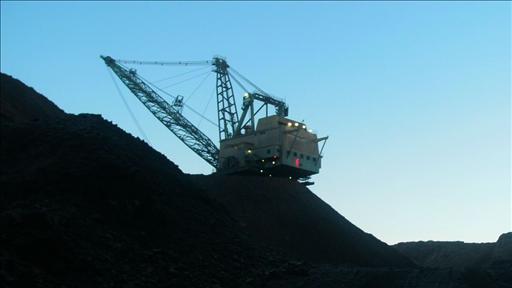 In a recent report, investment bank Goldman Sachs & Co. published a list of the stocks with the greatest upside potential. Photo: AP

Among major movers in the index, shares of Alcatel-Lucent gave up early gains to drop 4.9%. The telecom-equipment maker said Chief Executive Ben Verwaayen will step down from his post and the company’s board, after profit and revenue declined in the fourth quarter. See: Alcatel-Lucent CEO to step down, profit slides.

Credit Suisse Group AG /zigman2/quotes/205269278/delayed CH:CSGN +0.42% fell 2.6%, even as the bank said it returned to profit in the fourth quarter, as robust markets and cost savings helped its performance. See: Credit Suisse returns to profit in 4Q

ECB President Mario Draghi said the euro-zone economy should begin to recover later this year partly due to the bank’s “accommodative” monetary policy. The central bank left its key lending rate unchanged at 0.75% as expected and made no changes to other key rates. See: Draghi: Euro reflects confidence, but watching inflation impact.

The euro tumbled as Draghi said the ECB would watch any further currency appreciation for signs its impacting the bank’s inflation outlook, although he also noted that the euro’s nominal and real exchange rates remained near long-term averages and said recent strength reflected renewed confidence in the shared currency. See: Euro tumbles ad Draghi talks it down.

“It was a fairly dovish statement and more dovish than some people had expected. It was made pretty clear that if money-market conditions start to tighten the ECB could cut rates. So it means the risk of a rate hike is not imminent,“ said Jens Larsen, chief European economist at RBC Capital Markets.

“We’re in a scenario where the ECB is in a position to intervene and that makes a big difference. So we are still worried about Spain and Italy, but not as much as we were a year ago,” he said.

The Bank of England also stood pat and left its left lending rate at a record low 0.5%, where it’s stood since March 2009, and maintained the size of its paused asset-purchase program at 375 billion pounds ($587.4 billion).

Spain’s financial markets were also in the limelight as the government reportedly sold 4.6 billion euros ($6.25 billion) in public debt, above the €3.5 billion to €4.5 billion target range. Borrowing costs, however, went up compared with previous auctions as political uncertainty over a corruption scandal hampered investor confidence in the country. See: Spanish PM says corruption claim false: reports

In the secondary market, the yield on 10-year Spanish government bonds fell 0.02 percentage point to 5.40%, according to electronic trading platform Tradeweb.

Shares of Sanofi SA /zigman2/quotes/206928357/delayed FR:SAN +1.38% shaved off 4%, after the drug maker said fourth-quarter profit sank 72%, hurt by competition from generic drugs. It further said it doesn’t expect growth to return before the second half of the year. See: Sanofi profit slips 72%; downbeat on growth.