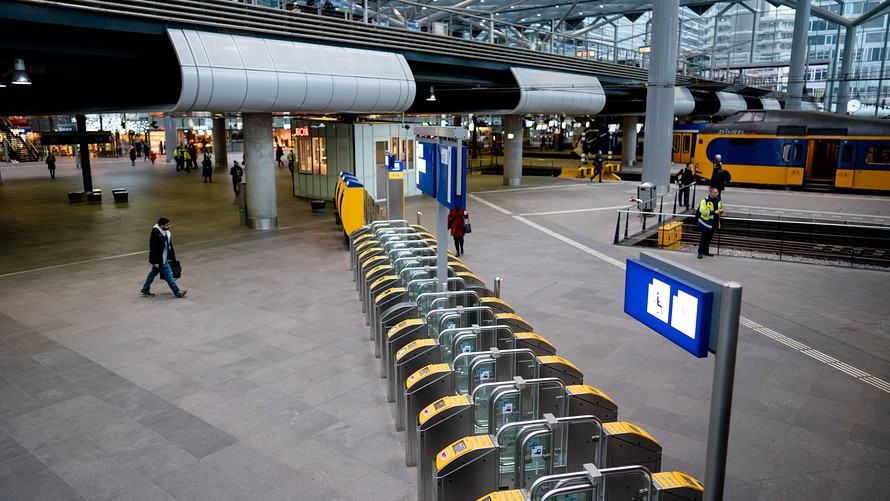 ANP/AFP via Getty Images
Travelers arrive at the Central Station in The Hague, the Netherlands, on March 13, 2020, in the morning during the usual rush hour.

Germany vowed to spend whatever was needed to cushion its economy from the coronavirus epidemic and may spend at least 550 billion euros ($611 billion). Other governments have also been trying to shore up their health care systems and the European Commission on Friday unveiled budget flexibility for member states.

Italy’s health care system is under extreme pressure from the rapid spread of the coronavirus in that country which has been locked down by the government. Spain’s government is trying to slow the infection rate, closing schools and cultural events, while other countries across Europe are doing the same. Fitch Ratings downgraded the credit of the Italian banking sector outlook to negative from stable, citing stress from the virus.

Also supporting sentiment were fresh comments by the European Central Bank, which left markets disappointed with its decision not to cut interest rates on Thursday. In a blog post, ECB chief economist Philip Lane said the central bank retains the option of future cuts in the policy interest rate, if warranted by tightening financial conditions or a threat to its medium-term inflation aim. He said the current situation would make an interest-rate cut less effective.

Lane also said the ECB would “ensure that the elevated spreads that we see in response to the acceleration of the spreading of the coronavirus do not undermine transmission,” after President Christine Lagarde jarred markets by saying it wasn’t the central bank’s job to close spreads.

Other central banks also leapt to action on Friday. Norway’s central bank cut its policy interest rates to 1% from 1.5% to help soften the economic blow to the country from the coronavirus outbreak and plunging oil prices. U.S. crude oil prices  were up 7% earlier Friday, but last off about 20 cents, in a week that has seen 24% wiped off the contract. Global benchmark Brent crude  was up 7%, also shedding gains and down 27% for the week.

But the mood shifted Friday after House Speaker Nancy Pelosi, D-California, said she and the Trump administration were near agreement on a coronavirus aid package that would include sick pay, free testing and other resources.

Among individual stocks, Roche Holding AG /zigman2/quotes/206324342/delayed CH:ROG +0.12%  climbed 3.4% after the Swiss drugmaker said it had won emergency approval from the Food and Drug Administration for a high-speed coronavirus test, that would give results in three and a half hours. Fellow drugmaker Novartis AG /zigman2/quotes/203286410/delayed CH:NOVN -0.55%  climbed nearly 12%.