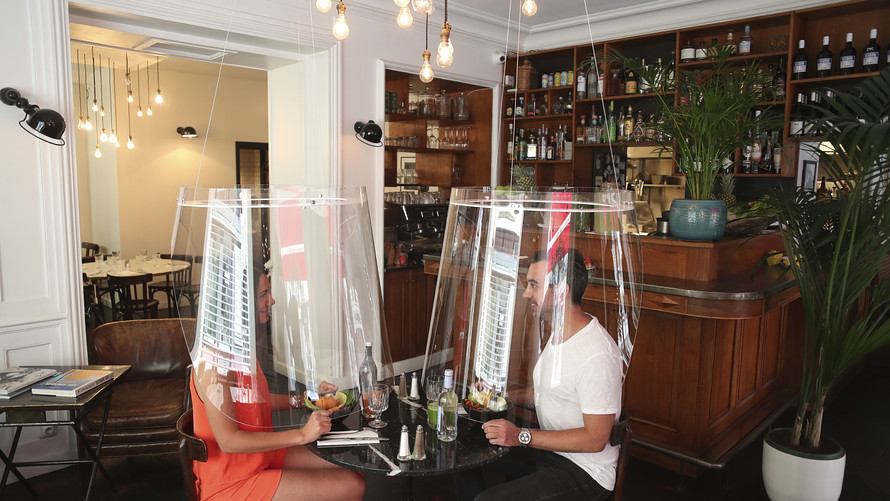 Associated Press
A man and a woman demonstrate dining under a plastic shield on May 27, 2020, in a restaurant in Paris, France.

European stocks advanced on Thursday for a fourth straight session, on building enthusiasm over the reopenings of economies across the world.

The gains come a day after the European Union proposed a €750 billion rescue fund made up of grants and loans, while European Central Bank President Christine Lagarde said the eurozone economy would contract by between 8% and 12% this year.

The Federal Reserve’s Beige Book reported growing pessimism by businesses over the economy. But stock markets aren’t sharing that view.

“With the gradual reopening of the global economy, investors are repricing the prospects of a recovery. A shift towards positive growth momentum (the so-called ‘second derivative’ shift) is usually very supportive for risky assets,” said strategists at Goldman Sachs.

Shares of Cineworld Group /zigman2/quotes/206525056/delayed UK:CINE -8.08%  surged 22% as the movie-chain operator said it negotiated a covenant waiver. Cineworld currently anticipates that government restrictions related to cinemas will be lifted in each of its territories by July, but said it has sufficient headroom even in the unlikely event cinemas remain closed until the end of the year.