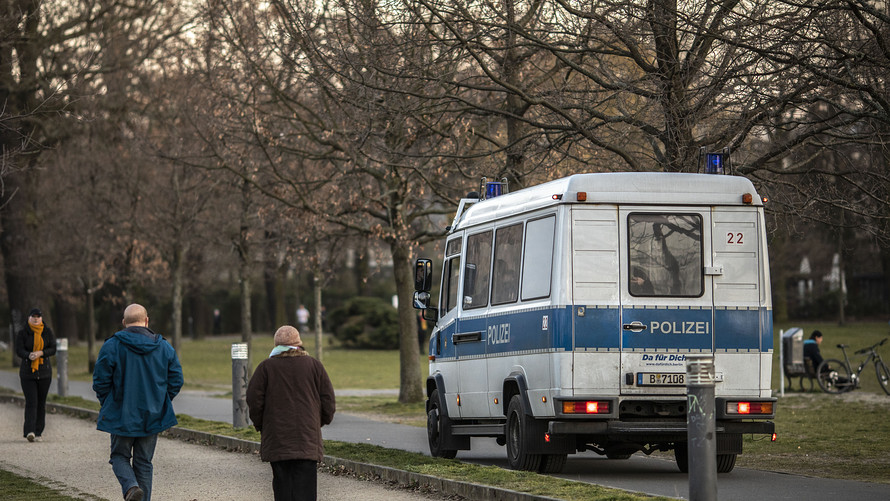 Getty Images
A police car drives in an almost empty Volkspark Friedrichshain park during the coronavirus crisis on April 5, 2020, in Berlin, Germany.

European stocks climbed in early action on Monday on tentative signs the spread of coronavirus is slowing.

The growth rate of new coronavirus cases and fatalities slowed over the weekend. In the U.S., the new-case growth tally slowed to 8.2% from 12.3%, and the fatality rate slowed in both Italy and Spain, according to data compiled by Deutsche Bank.

“With the spread of the virus appearing to slow down somewhat, at least in Europe and especially in Asia, risk appetite may improve slightly for the time being,” said Marc-André Fongern of Fongern Global Forex.

Rolls-Royce (LON:UK:RR) , the engine maker, shot up 14% after halting its dividend, pulling its financial guidance and announcing a new credit line worth £1.5 billion.

GVC Holdings (LON:UK:GVC)  also rallied after halting its dividend, with the sports-gambling operator climbing 12%. GVC now sees a COVID-19 hit of approximately £50 million a month to operating profit from a previous estimate of £100 million a month due to various cost-savings measures, notably the U.K. government’s furlough program.

Legal & General (LON:UK:LGEN)  surged 18% as the U.K. insurer bucked the trend, and the Bank of England’s advice, in deciding to pay a final dividend.

Crude-oil futures (NYM:CL.1)  slipped as the Organization of the Petroleum Exporting Countries and Russia have reportedly pushed back a meeting to cut production until Thursday.