Some upbeat corporate earnings Wednesday helped European markets shrug off lackluster economic figures out of Asia as well as fears that the crisis in Ukraine could knock the European recovery off track.

On Tuesday, that had sent the DAX down 1.2% and the euro /zigman2/quotes/210561242/realtime/sampled EURUSD +0.0086%  close to a nine-month low, but some investors appeared to recognize this as an attractive entry point Wednesday. 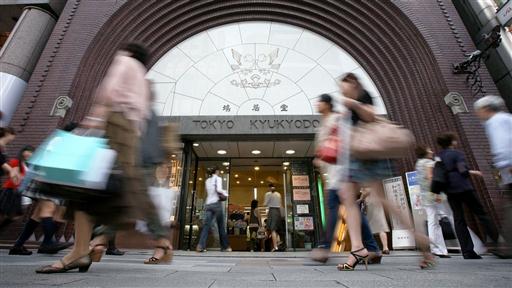 Japan's economy contracted sharply in the second quarter after an increase in the national sales tax. WSJ’s Aaron Back talks to HSBC economist Izumi Devalier about how the economy can bounce back.

Later in the session, investors will turn their attention to euro-zone industrial production figures for June and U.K. labor market numbers, as well as the latest inflation report from the Bank of England.

HSBC strategists wrote in a note that they expect the BOE to cut its wage-growth forecasts but also to lower its unemployment profile.

“Higher employment should mitigate some of the negative impact of lower incomes on spending growth, meaning we expect only small changes to growth and inflation,” HSBC wrote.

“If the inflation profile is moved down further, this would signal a relatively dovish [monetary policy committee]. On the other hand, a message that slack had been eroded faster than expected would indicate a more hawkish stance,” they added

Overnight, data showed that Japan’s economy contracted sharply in the second quarter after a sales-tax increase in April caused household spending to tumble. This, economists said, could pressure the government to take additional stimulus measures.

The figures, however, showed little impact on currency markets Wednesday, with Japan’s yen /zigman2/quotes/210561789/realtime/sampled USDJPY +0.0634%   trading a little weaker on the day at ¥102.31 against the dollar.