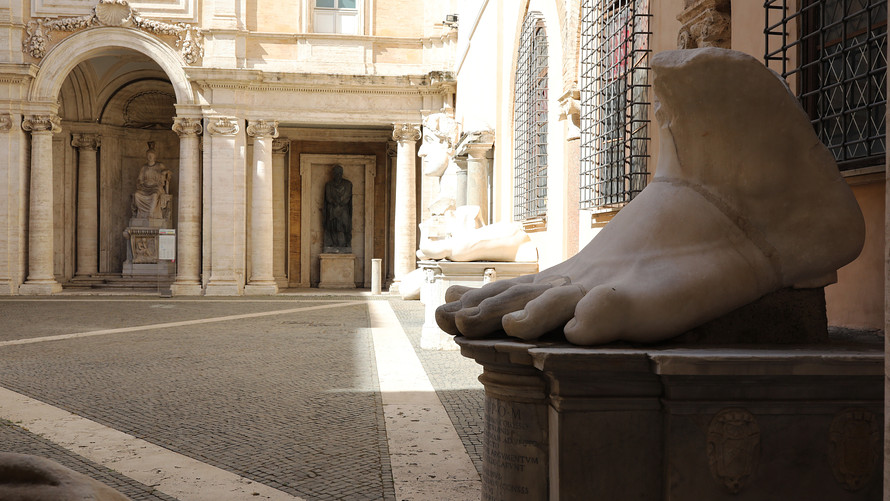 Getty Images
The entrance courtyard of the Capitoline Museums is seen on the first day of opening after more than two months of lockdown on May 19, 2020 in Rome, Italy.

European stock markets shook off losses from earlier, driven by doubts over a promising coronavirus vaccine, and pushed mostly higher. Drug and medical equipment makers were in the lead.

Global equity gains this week have been driven by optimism over Moderna’s (NAS:MRNA) (NAS:MRNA) vaccine candidate. The Dow (DOW:DJIA)  fell nearly 400 points on Tuesday after a report giving a more sober view of phase-one results of the potential vaccine, though Wall Street was set to rebound, with Dow futures (CBT:YM00) up 275 points on Wednesday.

“Investors are pretty much convinced that a vaccine for COVID-19 will be found over the next year, and whether it is Moderna’s or another one will not change the outlook for equities,” Edward Moya, senior market analyst at Oanda in New York, told clients in a note. “Right now the biggest risk to the stock market is if we start to see massive spikes of new coronavirus cases with states that were early to reopening.”

Economic data revealed U.K. consumer prices slowing to 0.8% in April from 1.5% in March, slightly weaker than the 0.9% increase forecast in a FactSet-compiled economist poll.

Read: The fun stuff is getting more expensive during the pandemic

Among stocks on the move, shares of Norwegian Air Shuttle (OSL:NO:NAS)  slumped 28%. The struggling airline said it would convert some of its lease debt and bonds into equity, which unlocked a $271 million (2.7 billion Norwegian krone) loan from the government.

“Norwegian will still need to collaborate closely with a number of creditors as the company currently has limited revenues,” said CEO Jacob Schram, in a statement. Shares of the airline have collapsed 92% this year so far due to the pandemic.

“While this provides the company with some breathing room in the near-term, the underlying problems of too many planes and a problematic network strategy remain,” said analysts Daniel Röska and Alex Irving at AB Bernstein in a note to clients.

On the upside, shares of Experian (LON:UK:EXPN)  surged 9.6% after reporting strong full-year results and little impact from the pandemic, and the company kept its dividend unchanged.

Marks & Spencer Group (LON:UK:MKS)  led Stoxx Europe 600 gains with a 10% rise, after the retailer reported a 21% decline in full-year profits for the year, led by tumbling clothing sales. But investors responded positively to comments on its restructuring plan, with more cost savings planned and a focus on its venture with online supermarket Ocado Group (LON:UK:OCDO) .

Shares of Rolls-Royce Holdings (LON:UK:RR)  rebounded from earlier losses, rising nearly 5% after the U.K. aircraft-engine maker announced it will cut 9,000 jobs as part of a restructuring plan to cope with reduce demand brought about by the pandemic.