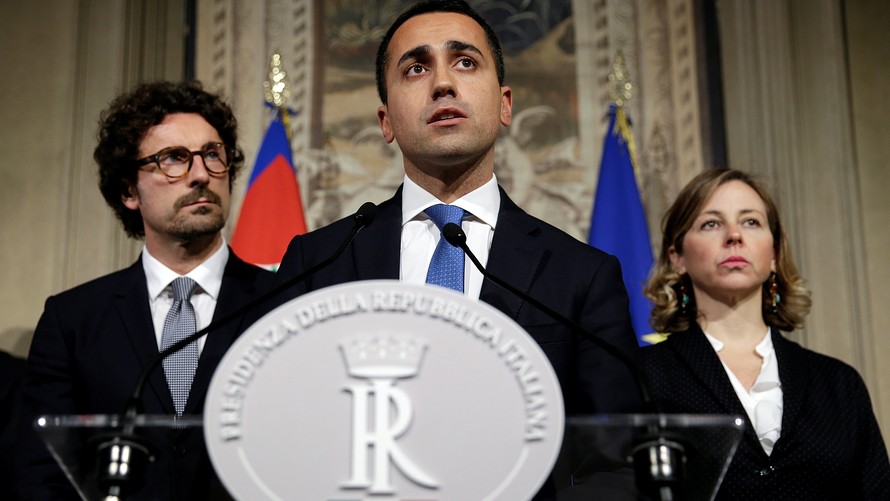 Italy was the major focus in Europe on Monday after antiestablishment 5 Star Movement and hard-right League party over the weekend reportedly reached a deal on forming a governing coalition.

The new government—expected to be announced in coming days—would end more than two months of political deadlock in Italy after the country’s general election in early March produced an inconclusive result. A coalition deal between the two populist parties would also mark one of the biggest wins for European antiestablishment parties.

Trade talks between the U.S. and China were also in the limelight on Monday. Trump was seen as paving the way for constructive discussions with Beijing this week after he over the weekend offered a lifeline to struggling Chinese telecom giant ZTE.

There were no major European data releases on deck on Monday.

“There is the clear positive to an end of over two months of political gridlock [in Italy]; however, there is a glaring negative in that such a coalition could impact on Italy’s relationship with the European Union, potentially throwing Italy’s slowly recovering economy into disarray,” said Jasper Lawler, head of research at London Capital Group, in a note.

“Anticipated measures include renegotiations of EU accords with a tougher stance, although a full-blown withdrawal from the European Union does not appear to be on the cards, which goes some way to explaining the inexistent response from the euro,” he added.

IWG PLC /zigman2/quotes/207263311/delayed UK:IWG +6.73%  surged 23% after the workspace company late Friday said it has received an approach from Lone Star and two separate indicative proposals from Starwood Capital and TDR Capital about a potential takeover.

Shares in betting companies rallied following news of a U.S. Supreme Court ruling in favor of the state of New Jersey in a case that could open sports betting around the nation. William Hill PLC  jumped 11%, while Paddy Power Betfair PLC’s stock  added 12%.