Europe’s message to bailed-out companies: no dividends, no bonuses, no M&A deals 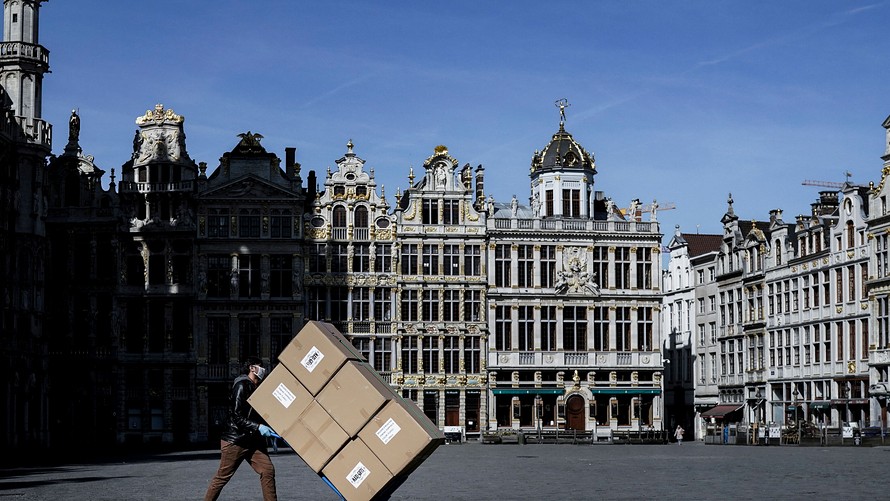 Getty Images
A man wearing a face mask as a preventive measure carries boxes across the empty Grand-Place in the center of Brussels, Belgium.

Even as they launch massive and unprecedented fiscal stimulus programs to limit the devastation that the coronavirus outbreak is inflicting on their economies, European leaders are eager to send the early signal that the billions made available for the private sector won’t come without strings attached. For the thousands of companies that will require state aid to survive, the rules of the games could soon amount to the triptych: no dividends, no bonuses, no mergers and acquisitions deals.

According to several media reports , the European Commission is considering a plan to ban bonuses and dividends altogether for companies that would require partial nationalization — defined as a government stake above 20% of shareholder equity. Share buybacks would also be banned under the plan, which has yet to be discussed between the Commission (the EU’s executive body) and member states.

Some national governments — notably in France and Germany — had already warned they would apply these rules even more broadly because they would apply to all forms of coming state aid, and not only to companies in which governments would have to acquire a stake. Massive cheap loans or credit guarantee schemes have been deployed to help companies in distress due to the virus, and the rules would be enforced there as well.

The restrictions make sense. Governments the world over are eager not to repeat what they see as mistakes made in the heat of the financial crisis more than 10 years ago, when billions of taxpayers’ money were used to bail out banks, with no questions asked and few strings attached.

This time, the problem didn’t come from the financial sector and banks are being asked to keep lending to contribute to the recovery, with central banks urging them on through monetary easing. They have also been asked to scrap dividends and bonuses, and most have complied.

But when the health scare is gone and governments start assessing the damage, they don’t want to be accused of having funneled their taxpayers’ money to the investment of the shareholders, often foreign, who own the rescued companies, or to pad executive pay.

The restrictions will also apply to M&A deals, for a series or reasons. For the Commission, companies benefiting from state aid should not embark on acquisitions until the aid has been repaid — or the state has sold its stake. The reason here is that such growth by acquisition would contradict the rules of fair competition.

But some national governments also plan to prevent another kind of acquisitions. With share prices in a tailspin in the last two months, and the Stoxx Europe 600 index /zigman2/quotes/210599654/delayed XX:SXXP +0.68%  down 25% since February 19, there is a risk that buyers might start looking for deals on the cheap. French finance minister Bruno Le Maire said he had drawn up a list of 20 companies deemed of “strategic importance,” which would be watched even more closely than others.

Some of the restrictions announced in Europe will have legal force — that would be the case of a European Commission ruling. Others, within individual countries, will mostly take the form of pressing recommendations or friendly-but-firm advice to private-sector players. But in practice, they will be little difference. During the lockdowns and long afterward, when economies have begun their healing, those who depend on government aid — there will be many — will have to live by government rules.