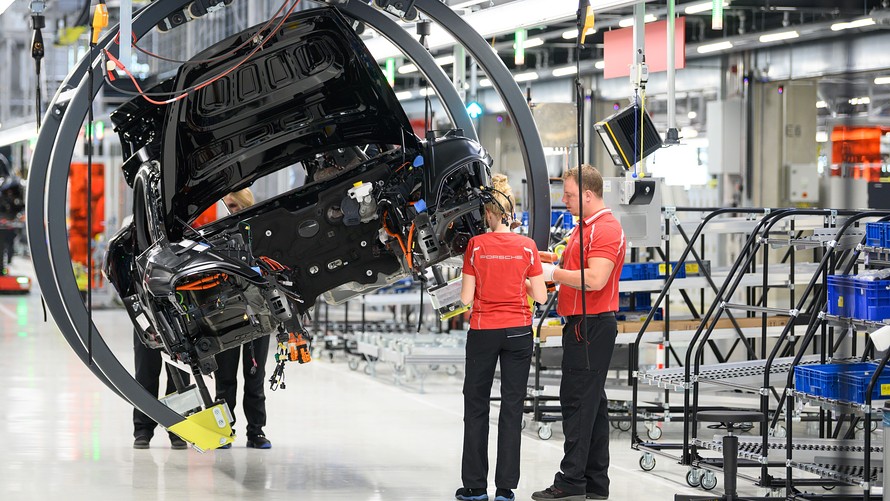 Getty Images
Employees of Porsche AG assemble a Porsche Taycan car during the production launch of the new model on September 9, 2019 at the company's plant in Stuttgart, southern Germany.

The flash eurozone manufacturing purchasing managers index fell to an 83-month low of 45.6 in September, down from 47 in August.

Economists polled by FactSet expected a 47.3 reading, and any reading below 50 indicates worsening conditions.

German manufacturing PMI fell to 41.4 in September from 43.5, the worst reading in more than a decade.

The flash eurozone services PMI fell to an 8-month low of 52 from 53.5 in August, which was below the 53.2 reading expected by economists.

“The eurozone economy is close to stalling as a deepening manufacturing downturn shows further signs of spreading to the services sector,” said Chris Williamson, chief business economist at IHS Markit.

New orders for goods and services fell for the first time since January, dropping at the sharpest rate since June 2013.

The flash readings are based on 85% to 90% of typical responses.

The deterioration comes as the European Central Bank, which cut interest rates in September and said it would restart bond purchases, has asked eurozone countries to use fiscal measures to help prod the economy forward.

Germany has so far been running a budget surplus as the country nears a recession.