‘Even wealthy Americans have no qualms about re-gifting’ — but when is it NOT cool to re-gift your unwanted swag?

‘Cast thy bread upon the waters: for thou shalt find it after many days’ 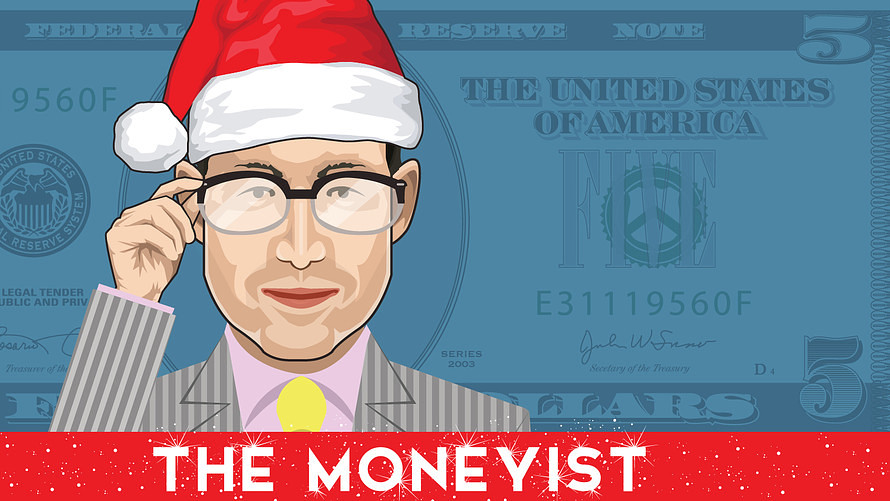 I am a retired registered nurse and my husband is retired also for three years now. We live in a rural California county where social activities are not frequent. Instead, we attend many fundraising events for fun and we also like to contribute. We end up with baskets and all sorts of gift items.

Also see: Can I leave my stepchildren nothing if my husband dies?

I have established a box of whatever I do not need as a re-gifting source. I call these items my “emergency gifts” and I give them away as applicable. While I worked at the hospital I got a special silver jewelry set from a lady doctor for whom I worked diligently.

The set seems to be rather expensive but it is not my style. I would like to re-gift it, but how?

Don’t tell anyone, but I am a notorious re-gifter.

Re-gifting makes financial sense and can get you out of a jam, but it can backfire. I have a friend who once won a crystal wine decanter. He carefully re-wrapped it with a fresh card before giving it to a close friend as a wedding present. It was probably worth around $300 and would have made a great gift — except that the intricately designed crystal had “Winner of the Husband & Wife 2016 Golf Tournament” engraved on the side. If that wasn’t embarrassing enough, it also sported an insignia from the airline that sponsored the competition.

‘Even wealthy Americans have no qualms about re-gifting, and they are getting better at it. That might be why they’re so wealthy.’

The good news for America: It’s Ok to re-gift and your emergency gift box is a great idea. But here are some tips: Add a note to each item to say where you got it. That way, you won’t end up giving the gift to someone who attended the fundraiser at the hospital who might have the same jewelry set in their own re-gifting box. Inspect each item carefully to make sure that there’s no hidden card saying, “With compliments from Acme Corp. Thank you for your thoughtfulness and unflinching generosity.” Alanis Morissette has written songs about less than that.

Books are obviously an easy re-gift, but it’s also worth checking that there’s no written inscription or, worse, “PROOF COPY — NOT FOR RESALE” stamped on the inside. If you’re not sure whether your friend has read the book, hold off on signing it so you can allow them the privilege of re-gifting it. This year, popular books like “Daisy Jones & The Six” by Taylor Jenkins Reid, “Normal People” by Sally Rooney and “The Water Cure” by Sophie Mackintosh will probably be passed around this holiday season like hot cakes.

Also see: As a baby boomer, I didn’t grow up with this culture of entitlement — do I have to leave my estate to my children or spouse?

People are more conscious about waste, particularly over the holidays. Nearly half of people (48%) said they would consider giving second-hand gifts this holiday season and even more (56%) said they would welcome such a gift, according to 13th Annual Holiday Shopping Survey from Accenture (NYS:ACN) . “We have entered the era of responsible retail, where consumers are becoming more environmentally and socially conscious,” said Jill Standish, senior managing director and head of Accenture’s global retail practice.

More generally, it’s not always OK to re-gift. Be selective about who you target, I mean choose. It’s not a good idea to re-gift on your mother’s birthday. And if you are attending your best friend’s wedding, buy something new. There’s a reason why National Re-Gifting Day — yes, there is such a thing — falls on the third Thursday of December. That’s around when most people have their office holiday party and can go crazy with some guilt-free re-gifting. (The person who sits next to you probably gets paid more, anyway.)

Don’t miss: I discovered through Ancestry.com that my biological father is someone else — can I claim an inheritance as his heir?

Even wealthy Americans have no qualms about re-gifting, and they are getting better at it. That might be why they’re so wealthy. More than 70% of people earning $100,000 or more a year say it’s OK to recycle a gift, according to one survey by American Express (NYS:AXP) . And yet only one-third admitted to actually doing it. What goes around, comes around and, for once, in a good way. Why not share the spoils of Babylon — or prizes from that charity ball? “Cast thy bread upon the waters: for thou shalt find it after many days.”

By submitting your story to Dow Jones &amp; Company, the publisher of MarketWatch, you understand and agree that we may use your story, or versions of it, in all media and platforms, including via third parties.