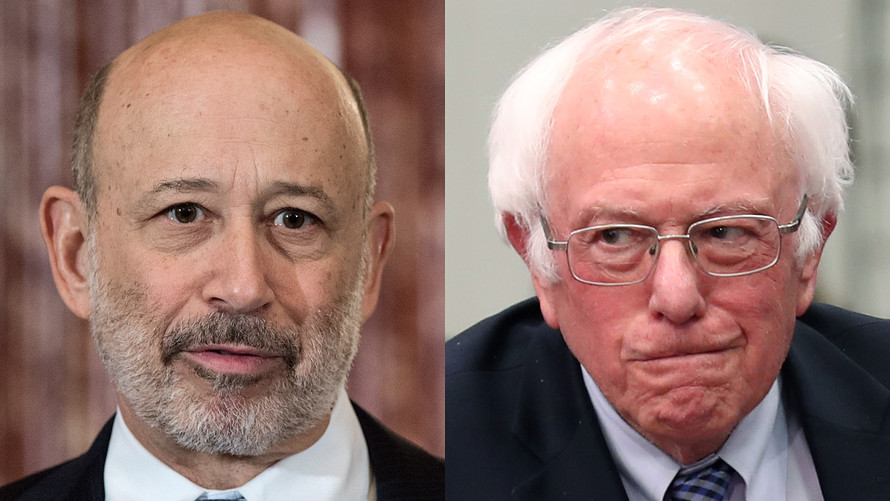 ‘I think I might find it harder to vote for Bernie than for Trump.’

That’s Blankfein, who stepped down as chief executive of Goldman Sachs Group Inc. /zigman2/quotes/209237603/composite GS +2.48% in 2018, in an interview with the Financial Times (paywall) published online Friday. It is also hardly the first salvo the self-identified Democrat, who supported Hillary Clinton’s presidential candidacy in 2016, has fired at Sanders.

If Sanders were to clinch the nomination, it would mean that the Democrats had succeeded in the dubious task of finding a candidate who is as divisive as President Donald Trump, Blankfein told the newspaper. And he batted away the suggestion that he’s opposed to Sanders merely because the Vermont senator has proposed a wealth tax that would hit billionaires like Blankfein, whose fortune is estimated at around $1.1 billion, according to the Financial Times.

“I don’t like assassination by categorization,” Blankfein said. “I think it’s un-American. I find that destructive and intemperate. I find that just as subversive of the American character as someone like Trump who denigrates groups of people he has never met. At least Trump cares about the economy.”

Just earlier this month, Blankfein tweeted that if the Democrats were to nominate Sanders, “the Russians will have to reconsider who to work for to best screw up the U.S.”

But don’t worry about Sanders’s feelings. The candidate contends that opposition from Wall Street billionaires shows that he’s on the right track.

The enmity, in fact, stretches back for years, as noted in this Vox article from last summer when Sanders added Blankfein to his “anti-endorsements list,” which cited a quote from Franklin Delano Roosevelt: “I ask you to judge me by the enemies I have made.”