Exclusive: These for-profit colleges could reap up to $1 billion in federal bailout money 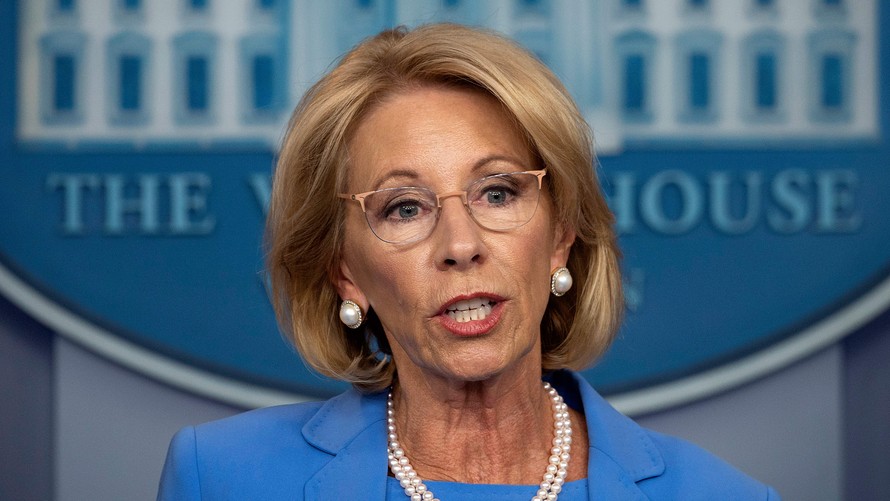 Dozens of for-profit colleges that are among those most likely to benefit from stimulus funding face thousands of claims from students demanding their money back because they say they were defrauded, according to analysis prepared for MarketWatch.

Some of the schools eligible for bailout funds also face federal scrutiny for mismanaged funds, while others have been dubbed “failed” under a federal standard requiring them to provide an education adequate for repaying loans, the analysis shows. Some schools eligible for bailout funds have settled lawsuits with the U.S. Justice Department following allegations of fraud and misuse of federal student aid.

The exclusive analysis echoes concerns about the amount of funding available to the for-profit education sector. In an April 6 letter to Education Secretary Betsy DeVos, a group of U.S. senators argued that for-profit colleges should not be eligible for stimulus money. The letter -- sent by Democratic Party senators Elizabeth Warren of Massachusetts, Richard Durbin of Illinois, Sherrod Brown of Ohio and Richard Blumenthal of Connecticut -- demanded “strong accountability policies to support students and protect taxpayers.”

DeVos’ office did not immediately respond to a request for comment. Under the CARES Act, schools are allocated money according to the proportion of enrolled students receiving Pell Grants, a federal subsidy program for post-high-school students. Ben Miller, an education specialist at the liberal think tank Center for American Progress, applied the CARES Act formula to Pell Grant and enrollment data to come up with an estimate of the share of funding available for each of the colleges. He estimates for profit schools will receive $1 billion in stimulus money. Charlie Eaton, a University of California, Merced sociologist, separately helped MarketWatch compare this list to U.S. Department of Education data and other information highlighting problems for-profit institutions that are eligible for funds. The funding is intended to support schools as they shift classes online, and for grants to students for food, housing, equipment and other needs.

The analysis found that of the top estimated 100 for-profit schools eligible for coronavirus crisis subsidies, 79 had students who demanded their loans be forgiven under a federal program meant to provide relief to students who alleged they had been defrauded. From these top 100 for-profit schools, 12,000 students had filed federal complaints alleging they were victims of fraud. Twenty-three of the top 100 for-profit schools most likely to receive funding were previously characterized by federal regulators as “failed” under a requirement that students go on to find jobs good enough to repay loans. DeVos last year rescinded the requirement that schools meet this standard as a condition for benefiting from federal subsidies.

Twelve of the top 100 for-profit schools eligible for stimulus funds also faced some form of legal action as of 2017 for alleged fraud involving recruitment and misuse of federal student aid programs, according to the analysis. Thirteen, meanwhile, were under “heightened cash monitoring,” an extra level of scrutiny under U.S. Department of Education rules meant to serve as a caution to students that can indicate problems with finances or accreditation.

“Colleges like these with a predatory history and thousands of prior students who are still awaiting compensation for deceptive practices should not be getting a federal bailout,” said Bob Shireman, deputy undersecretary of education under President Obama who now oversees higher education programs at The Century Foundation, a liberal think tank.

As the rushed effort to dispense $2 trillion in stimulus funds unfolds, experts are questioning how the government more broadly will guard against fraud, waste and abuse, and whether the public can trust whether tax dollars will be used to achieve the program’s goals.

Some observers say they are concerned about a rerun of the 2008 stimulus package, which proved to be boomtime for the for-profit education sector, but which led to a wave of student loan defaults and congressional inquiries. The 2008 stimulus package included $17 billion to ramp up the Pell Grant program. Some school chains expanded the number of recruitment staff to convince students to apply for federally subsidized grants and loans. For-profit school enrollment tripled between 2000 and 2012, while annual student loan interest payments grew from $13 billion in 2003 to $34 billion in 2012, according to a U.S. Senate report decrying expensive, poor quality instruction in for-profit school chains

The CARES Act includes some provisions intended to protect students, such as a requirement that half of the grants to schools would go directly to support students, said Tariq Habash, head of investigations at the Student Borrower Protection Center. But the bill leaves wiggle room for schools to continue recruiting aggressively while maximizing revenues.

“There’s no limit on executive compensation, on stock buybacks, even on marketing expenses. There is a potential for abuse there,” he said.

The “Senate passed CARES Act last night 96-0! The bill is one of the largest rescue packages in American history and will provide relief to students during the COVID-19 outbreak,” the Twitter post said.

For profit schools have earned a reputation in some circles as innovators, especially in areas such as online learning and flexible class schedules to accommodate working parents.

“Many for-profit postsecondary education companies have made valuable innovations and other positive contributions to the improvement of U.S. postsecondary education,” said William Loesch, principal with the law firm Goldberg Kohn Ltd., who has been involved in merger and acquisition deals involving for-profit schools. “For-profit schools have been innovators in terms of delivering education that is more targeted to the current needs of students. If you are online education, it was for-profits who were the first to pursue that avenue broadly.”

Among the for-profit chains eligible for aid in the stimulus package is Eduk Group, a group of trade schools in Puerto Rico and Florida that appears eligible for approximately $35 million in bailout money. According to the most recent available federal data, Instituto de Banca y Comercio, one of Eduk’s schools, was under a federal status called “heightened cash monitoring,” where schools with problems managing their finances are put on a special watch list that could ultimately make it hard to access federal aid dollars.

Eduk did not respond to a request for comment.

Jeffrey Leeds, founder and managing partner of Eduk Group’s owner Leeds Equity Partners, said he was not interested in discussing the firm’s new status as a potential top recipient of the federal bailout funds for for-profit schools.

“We haven’t thought about those issues because that ideological debate continues to rage and we don’t want to be a part of that,” he said.

Leeds has been a prolific deal maker in the for-profit education sector. The firm had joined one of the earlier, well-timed deals of the mid 2000s, joining with Providence Equity Partners and Goldman Sachs in 2006 to borrow $2 billion in a $3.4 billion buyout of Education Management Corporation, (EDMC) owner of a law school and four major postsecondary school chains.

The chain was subject to an undercover investigation by the Government Accountability Office, whose results were presented during 2010 congressional hearings. It also became subject to a U.S. Senate Investigation, fraud probes by 11 states and the District of Columbia, and a federal whistleblower lawsuit.

EDMC was “operating essentially as a recruitment mill,” said U.S. Attorney Loretta Lynch, in announcing a $95.5 Million settlement that also included forgiveness of $100 million in student loans. EDMC didn’t admit any wrongdoing as part of the settlement. EDMC President and CEO Mark McEachen said in a statement at the time, “Though we continue to believe the allegations in the cases were without merit, putting these matters behind us returns our focus to educating students.”

EDMC filed for chapter 7 bankruptcy liquidation in June 2018. But Education Department data shows remnants of the EDMC chain appear as among the top school groups eligible for stimulus funds.

Concerns about for-profit school chains during the past decade led to a broader Obama-era crackdown that included enforcement actions, the enactment of policies and rules designed to protect student borrowers, and the shuttering of some for-profit chains.

While this period saw a decline in the business prospects of for-profit colleges, analysts say a turnaround is possible. DeVos has blunted or abandoned Obama-era policies meant to curtail excesses of for-profit schools. And typically when the economy slows down some people who are unemployed go back to school, suggesting another boomtime.

But we’re in no ordinary slowdown, said Robert Lytle, who heads the education team in Ernst & Young Global Limited’s strategic consulting affiliate EY Parthenon. People are likely to remain in shock for a while before making any major economic decisions such as paying for a new degree, he said.

“This particular recession is outside the boundaries of anybody’s planning. But net, net, being in the education delivery business, or somebody who sells goods and services to the education system has been a more comfortable place to be than the other sectors,” he said.