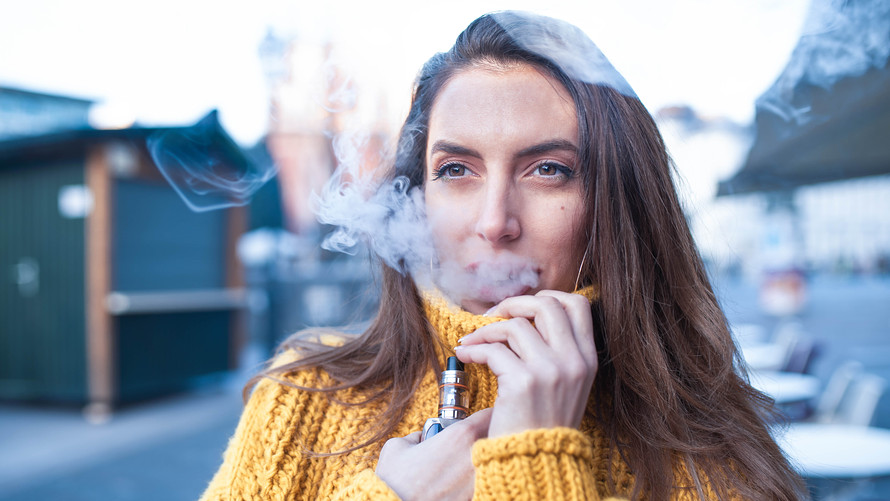 The FDA advertisements, part of the FDA’s “The Real Cost” anti-tobacco campaign , star “street magician” Julius Dein. In the ads, Dein places a Juul in a teen’s hand and magically turns it into a cigarette. “Teens who vape are more likely to start smoking cigarettes,” the ads then read. “It’s not magic; it’s statistics,” Dein says in the background.

More than 20% of high school students reported having used an e-cigarette in 2018, according to the FDA. That’s almost double the percentage in 2017, and some teens are spending upwards of $1,000 a year to finance their new nicotine addiction.

The TV ads were inspired in part by studies that have shown teens who vape are more likely to try tobacco cigarettes.

“‘The Real Cost’ e-cigarette prevention campaign advertising was thoroughly informed by both qualitative and quantitative research,” Michael Felberbaum, a press officer at the FDA, told MarketWatch. “The ads will air during TV programs and on networks with a large youth audience.”

The TV ads were inspired in part by studies that have shown teens who vape are more likely to try traditional tobacco cigarettes .

Some experts, however, say the magic marketing may just go up in smoke. Michael Siegel, a professor and American tobacco control expert at the Boston University School of Public Health, said highlighting the link between vaping and cigarettes probably won’t ring true to teen vapers. The campaign will be “completely ineffective,” he told MarketWatch.

“I do not find the ads at all compelling,” Siegel added. “The promise of the ad is that if you vape, you are going to suddenly find yourself smoking. But the experiences that youth are having are not consistent with that. Kids who are vaping are not seeing all their friends who vape starting to smoke.”

Meanwhile, a Congressional hearing revealed this week that a Juul representative told a group of high-school students that the company’s products are “totally safe.”

At a hearing Wednesday, 17-year-old Caleb Mintz told the House Oversight Subcommittee on Economic and Consumer Policy that a Juul representative spoke at his school and told a group of ninth-graders that Juul is “totally safe.” A 16-year-old who was also at the presentation gave the same account.

“Among efforts cited in the Juul documents released were a $134,000 payment to set up a five-week ‘holistic health education’ summer camp at a Maryland charter school, recruiting children from third through 12th grades, and offering $10,000 to schools using the company’s ’youth prevention and education’ programs for students, including those caught using e-cigarette products,” Physician Weekly reported.

The Juul representative visited the school as part of Juul’s now-discontinued “Education and Youth prevention program,” the company said. The program ended in September “after its purpose — to educate youth on the dangers of nicotine addiction — was clearly misconstrued,” Juul said in a statement .

There was a 78% jump in e-cigarette use among high-school students from 2017 to 2018 and an increase of 48% among middle-school students during the same period, according to the US Centers for Disease Control and Prevention.

“The rise in e-cigarette use during 2017–2018 is likely because of the recent popularity of e-cigarettes shaped like a USB flash drive, such as Juul,” the CDC said. “These products can be used discreetly, have a high nicotine content, and come in flavors that appeal to youths.”

Last year, FDA Commissioner Scott Gottlieb said, “We didn’t predict what I now believe is an epidemic of e-cigarette use among teenagers. Today we can see that this epidemic of addiction was emerging when we first announced our plan last summer. Hindsight, and the data now available to us, reveal these trends. And the impact is clearly apparent to the FDA.”

“Unfortunately, I now have good reason to believe that it’s reached nothing short of an epidemic proportion of growth,” he added. “I use the word epidemic with great care. E-cigs have become an almost ubiquitous and dangerous trend among teens. The disturbing and accelerating trajectory of use we’re seeing in youth, and the resulting path to addiction, must end. It’s simply not tolerable.”

The FDA has previously found that e-cigarettes vary widely in reliability and quality, and didn’t always do what they said on the package.

Research has shown teens who vape are more likely to smoke

However, a study published in Substance Use & Misuse in June, found that teens who use e-cigarettes are more likely to start smoking cigarettes.

That research also showed “young people who associated vaping with smoking were less likely to vape,” Seth Noar, one of the authors on the study and a professor at the UNC School of Media and Journalism, told MarketWatch.

“It’s true that kids who vape are more likely to smoke cigarettes,” Keith Humphreys, a professor of psychiatry at Stanford, told MarketWatch. “But we don’t know if these kids would have smoked cigarettes anyway.”

“The new FDA ads are based on a gateway theory that may not be true,” he said. “People will see the ad and think ‘I see tons of people who vape, but aren’t smokers.’”

Some say the FDA campaign could work

Humphreys is still hopeful about the ads. “They aren’t bad because they aren’t finger-wagging and don’t use hyperbole.”

In the 1980s, D.A.R.E. — Drug Abuse Resistance Education — launched what was essentially a scare campaign to keep kids away from drugs. In Los Angeles, it sent uniformed police officers into schools to warn students against using drugs and alcohol. The program largely failed.

Some research has even shown that kids who went through D.A.R.E programming were more likely to smoke and drink than students who had not encountered D.A.R.E messaging.

“The ‘Just Say No!’ mantra didn’t provide any explanation to kids as to why drugs were dangerous,” Elsa Pearson, a health policy analyst at the Boston University School of Health, and Austin Frakt, a professor of health law and policy at the same school, wrote .

The FDA released a number of ads in September 2018 that partially resembled D.A.R.E. messaging, warning kids against vaping and showing gruesome images of what appear to be worms crawling around a vaper’s brain.

But the new FDA ads don’t focus on scaring kids or distorting reality, and some teens and tobacco control experts think they will have an impact for that reason.

“The point comes across well in these ads,” Jonathan Samet, the dean of the Colorado School of Public Health, told MarketWatch. “There’s a need to show youth that vaping isn’t harmless, and this campaign does that.”

Chris, a 19-year-old New York University student, thinks the ads may be effective. He owns a Juul, the most popular kind of e-cigarette in the U.S., but doesn’t use it as much as he used to mainly because of the “health risks” associated with vaping, he said. The new Real Cost campaign attempts to illustrate these risks with a comparison between a vaping device and a cigarette.

Only 37% of teens who Juuled in the past month knew that all of Juul’s flavors contain nicotine, a 2018 Tobacco Control study found. Some flavor names, like “Classic Tobacco” and “Virginia Tobacco,” clue users into the idea that the product contains nicotine. But it may be less apparent that flavors like creme and mango — which have been removed from stores partially due to their popularity among teens — contain nicotine.

“ Truth ,” a national youth tobacco prevention campaign launched in 1998, has its own set of anti-smoking and anti-vaping campaigns.

One set of ads, released in February, attempt to show how big tobacco companies have allegedly manipulated African-Americans , LGBTQ+ people , and individuals affected by mental illness into buying their products.

These ads “are based not on the core value of health, but on the core values of autonomy and rebellion,” Siegel told MarketWatch. “These type of ads have been demonstrated to be effective, and they are part of the reason why smoking rates today — among both youth and adults — are the lowest they have ever been.”

The ads released by Truth focus on cigarettes, but the same concept could be applied to anti-vaping ads, Noar believes. “There is evidence that Juul targeted young people in their advertising, and their ads have appeared on social media. So an anti-vaping campaign showing that could work.”

A JUUL spokesman told MarketWatch that the company does not target young people. “We cannot be more emphatic on this point: no young person or non-nicotine user should ever try JUUL,” said Ted Kwong, a Juul spokesman. “We cannot fulfill our mission to provide the world’s one billion adult smokers with a true alternative to combustible cigarettes if youth use continues unabated.”

Another expert said a mix of messages is probably the best way to reach young people. “Both Truth and FDA messaging strategies are useful and needed to combat the pervasive vaping images that continue to addict youth,” Kurt Ribisl, chair of the department of health behavior at the UNC Gillings School of Global Public Health, told MarketWatch.

“We need a mix of messaging and advertising because some ads are going to resonate with some young people more than others,” Noar said. “Not everyone will be attracted to one type of ad.”

Humphreys emphasizes that all ads to prevent vaping need to appeal to “kids who are rule-breakers.” “We need to meet these kids where they are,” Humphreys said. “The job of these ads is not to keep a 60-year-old white guy in a suit happy.”

D.A.R.E. did not respond to requests for comment for this story.