Sweltering conditions can single out certain groups for more danger 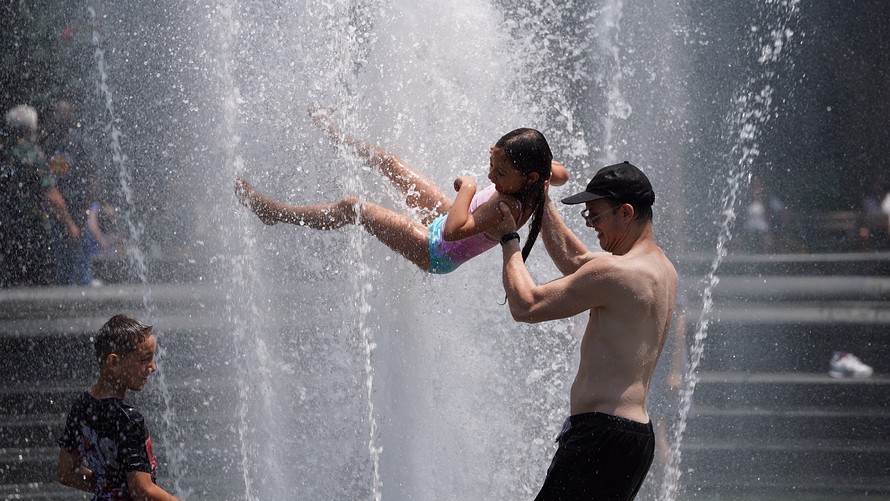 TIMOTHY A. CLARY/AFP/Getty Images
Cities across the country, including New York City and Chicago, Ill., are setting up cooling centers and taking other precautions to cope with extreme heat.

Europe has been hit by a heat wave in recent days. From the Midwest to the East Coast, America has recently been hit with temperatures that feel like they’re above 100 degrees.

Cities across the country, including New York City and Chicago, Ill., set up cooling centers this summer, extending hours for public pools and arranging ways to set up “wellness checks” on the elderly, who are especially vulnerable in the heat.

Lyft /zigman2/quotes/208999293/composite LYFT +2.53% offered free and discounted rides to cooling centers in cities and metropolitan areas stretching from Wisconsin to Massachusetts. The American Red Cross is offered a free First Aid App giving tips on how to spot and care for heat illness. The organization’s Emergency App has locations of nearby shelters and cooling centers.

Weather forecasters say it may not be the end of the worst heat this summer. August, after all, is just around the corner.

Not taking proper precautions, however, can lead to fatal consequences.

Extreme heat caused an average of 618 deaths a year between 1999 and 2010, the most recent period for which data was available, according to the Centers for Disease Control . The people at greatest risk are over the age of 65, children younger than 4, people with health conditions or those who are socially isolated, according to the agency.

The CDC emphasized that young and healthy individuals are not immune from heat illness and death, especially if they exercise or participate in strenuous activity in the heat.

Both extreme heat and extreme cold can be very dangerous, according to Jonathan Epstein of the American Red Cross. But from a body science standpoint, it’s easier to warm up than to cool down, he said.

Our bodies try to sweat out the excess heat, but “as humidity and heat increase, it’s harder and harder to sweat because of the lack of heat transfers,” said Epstein, senior director of science, industry and government relations for the American Red Cross, Training Services.

Epstein advises people to stay out of the sun — especially when the sun’s at full force from 10 a.m. to around 4 p.m — and stay in their cool homes, or air-conditioned places like shopping malls, libraries, community centers and movie theaters.

The Disney /zigman2/quotes/203410047/composite DIS +1.55%   remake of “The Lion King” will hit theaters this week and could earn $190 million in global ticket sales. That potential sum exceeds the top 10 gross from the same weekend last year. At least one market analyst says the heat will boost sales as people flock to cool, air-conditioned movie theaters.

But not everyone can afford to spend the weekend at the movies, or have the physical mobility to get out of their place for a cool spot. Many also struggle to pay for air conditioning.

See also: As the U.S. braces for a massive heat wave, don’t make these 3 mistakes when you turn on your air conditioning

The American Council for an Energy-Efficient Economy estimates that 24% of households have a “high energy burden.” That means those households are paying more than 6% of their annual income on utilities.

• Never leave pets or children in a car. The internal temperature can quickly climb to 120 degrees, the American Red Cross said.