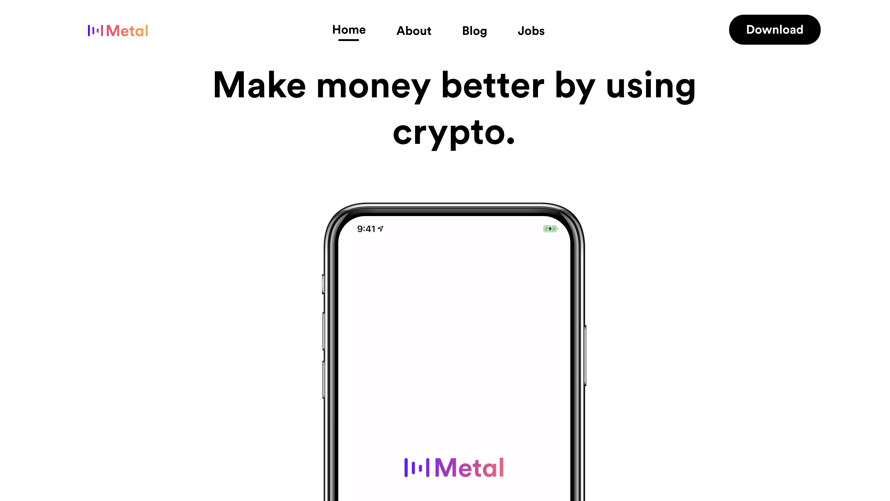 Facebook has been scrambling to get off the ground a global cryptocurrency payment network, Libra, but challengers are already emerging.

The latest competitor is Metal Pay and its MTL Coin , which received fresh money and a formal kickoff on Monday.

“Metal Pay is what Libra should’ve been, could’ve been. But we’re the real deal,” Erik Finman, a crypto entrepreneur told MarketWatch in an interview on Friday.

“This is the first real competitor to Libra,” Finman claimed. “We’re the anti-Libra,” he said.

Finman has said he has invested an undisclosed sum in Metal Pay platform, which is being led by Marshall Hayner, who helped to develop other popular cryptocurrencies including Dogecoin and Stellar.

Metal Pay isn’t new, it was launched last year, but Finman and Hayner envision that platform as a sort of Venmo of cryptocurrency, similar to the concept of Facebook’s /zigman2/quotes/205064656/composite FB +2.19% Libra coin, which was kicked off in June as a secure blockchain payment system backed by hard assets and designed for average users.

The main difference between San Francisco-based Metal Pay and Libra coin, which touts a host of financial services partners including Mastercard /zigman2/quotes/207581792/composite MA +0.11% , PayPal Inc. /zigman2/quotes/208054269/composite PYPL +0.73% (which owns Venmo) and other prominent players, is that it presently operates on a decentralized blockchain, or digitally distributed-ledger system.

That means anyone can verify transactions on its open network and get rewarded via Metal Coin, the underlying currency that runs atop the Metal Pay protocol. For Libra, only a select group of so-called validators, or nodes, are allowed to verify transactions.

Another significant difference between Metal Pay and Libra? Metal Pay is up and running, a point that Finman says is a function of Hayner’s patience in waiting for licenses to operate in more than three dozen U.S. states. Finman said “we have talked with regulators before our big launch and have acquired all legal requirements.”

Facebook has said its Libra coin venture, led by David Marcus, will be available by 2020 on its messenger and WhatsApp platforms.

So far, however, the Libra coin venture, has faced substantial pushback from U.S. regulators and lawmakers. “Facebook has demonstrated, through scandal after scandal, that it does not deserve our trust. We would be crazy to give them a chance to experiment with people’s bank accounts,” said Sen. Sherrod Brown, D-Ohio, at a Senate Banking Committee about Libra in July.

Meanwhile, Apple Inc.’s /zigman2/quotes/202934861/composite AAPL -0.28%  roll out of its branded credit card, called Apple Card , along with Goldman Sachs Co. /zigman2/quotes/209237603/composite GS -0.66% could also challenge Libra by dint of its scale and influence, even if its credit card isn’t a proper digital currency.

“What the iPod was to the music industry, and what the iPhone was for cellphones and mobile carriers, so is the Apple Card to financial services,” Richard Crone, payments industry consultant, told MarketWatch’s Jacob Passy in an interview earlier this month.

Separately, CNET reported on Sunday that Israeli based ZenGo has launched a platform that would see it compete against Calibra, allowing users to store a test version of Libra funds before their slated launch date next year.

For its part, Metal Pay claims a number of early backers including Brian Kelly, CNBC contributor and founder of crypto-investment firm BKCM LLC, as well as Erik Voorhees, CEO of Shapeshift, and Bram Cohen, creator of BitTorrent.

Metal Pay boasts about $11 million in payments since its soft launch in September and nearly 130,000 users. Monthly, the company processes $1 million in crypto and sees about 30,000 active users, Hayner told CoinDesk in an interview .

Finman, a 20-year-old crypto enthusiast, who says that he became a millionaire investing in bitcoin from his teens, back in May launched CoinBits, a web-based platform, that will automatically round up credit/debit-card purchases to the nearest dollar and invest the difference in bitcoin on the user’s behalf.

The initiatives around cryptos come as bitcoin /zigman2/quotes/31322028/realtime BTCUSD -4.30% , the world’s most popular cryptocurrency has been hovering around $10,000 over the past few weeks, enjoying a veritable renaissance since hitting a December low of $3,194.96.