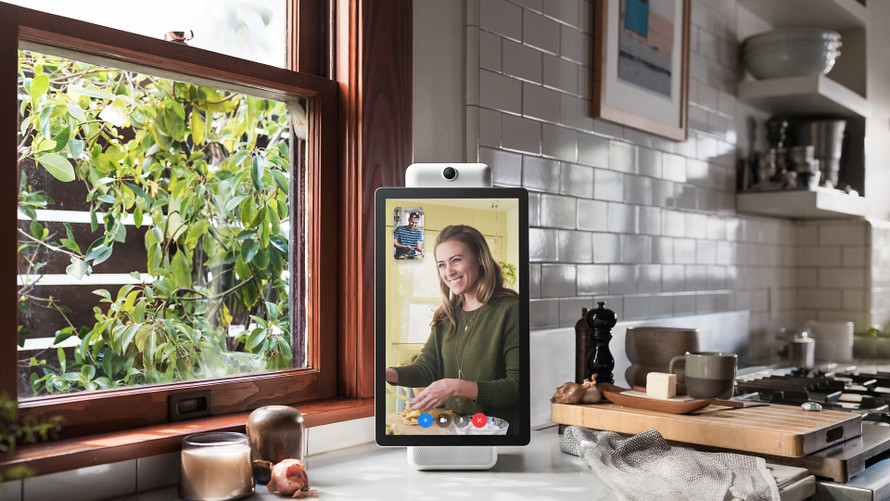 Facebook
Facebook said its Portal device was built ‘with privacy and security in mind’ and users can disable the microphone and camera with just one tap.

The social media company announced the launch of Portal on Monday, a video-calling device meant to help users “connect with friends and family” with artificial intelligence-powered cameras, but some privacy advocates have questioned the timing of the tablet device’s launch.

The Portal sells for $200 and the larger Portal+ sells for $350. The tablet devices feature a “smart camera” that automatically follows activity in the room and zooms out to include all people in the frame.

Facebook /zigman2/quotes/205064656/composite FB +2.19%  said its Portal device was built “with privacy and security in mind” and users can disable the microphone and camera with just one tap. The device will also include a cover to block the camera lens. Facebook said it does not listen to , view or keep any content of Portal video calls and said all calls are encrypted for security. The camera does not use facial recognition to identify individuals, but it can detect when people are in the shot.

The Portal’s release comes at a time when Facebook has faced intense scrutiny for a series of privacy missteps. Some 87 million users were affected by a breach of privacy related to Cambridge Analytica, a company that used third-party apps to mine user data in an attempt to manipulate the 2016 U.S. presidential election.

Privacy advocates and critics of Facebook say the Portal device is just one more way for the company to collect data on users. “Facebook’s Portal is the worst imaginable service the company has yet perpetrated on unsuspecting users,” Mark Weinstein, privacy advocate and creator of social network MeWe in San Francisco, told MarketWatch. “It’s all for data, so they can manipulate your Facebook newsfeed and your mind under the false auspices of serving you.”

Facebook released the Portal’s at a time when the company has faced intense scrutiny for a series of privacy missteps.

Weinstein said the Portal could, in theory, listen to everything about “your personal interests, curiosities, purchasing habits, etc.” The voice recognition technology could identify consumers, even if the camera is blocked, he added.

Facebook said it only sends voice commands to Facebook servers after a user prompts it to by saying, “Hey, Portal.” The company incorporated Amazon’s /zigman2/quotes/210331248/composite AMZN -0.34%  Alexa technology so it can be used for everything from sports scores and checking the weather to ordering products online.

On Sept. 28, the company announced another breach that exposed user data including emails and passwords of more than 50 million users. “Users would be right to question if the Facebook Portal has been properly security tested and what security measures are in place before adopting the technology in their homes,” said Jessica Ortega, product marketing associate and researcher at cybersecurity firm SiteLock in Scottsdale, Ariz.

Ortega advises users to review the Portal’s privacy policy and update passwords to stronger pass phrases. Critics of Facebook’s privacy policies have noted how measures meant to show the company cares about privacy have backfired: Gizmodo reported in September that the social-media giant collects phone numbers used for two-factor authentication for advertising purposes.

“The Cambridge Analytica scandal, the subsequent congressional hearings and, more recently, the hacking of more than 50 million accounts has left Facebook’s reputation in tatters,” McGrath said. McGrath said the company should rebuild confidence with users before introducing new devices into people’s homes.