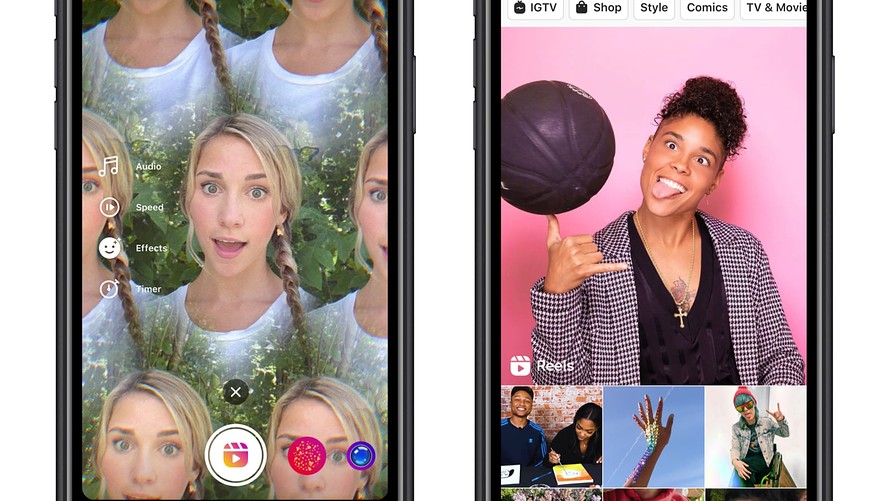 Facebook Inc.
Instagram Reels includes a video distribution algorithm similar to TikTok’s that lets consumers see the most popular videos at the moment.

Facebook Inc. on Wednesday announced its alternative to popular teen social-media app TikTok at a time when the future of its Chinese corporate owner is in limbo.

The unveiling of Instagram Reels continues a long Facebook /zigman2/quotes/205064656/composite FB +2.33%  tradition of rolling out features that have been popularized by competing platforms like Snap Inc. /zigman2/quotes/205087158/composite SNAP +2.61%  and making them available to Facebook’s billions of users worldwide to grab market share. In the case of Reels, it includes a video distribution algorithm similar to TikTok’s that lets consumers see the most popular videos at the moment.

The key, killer feature is the ability to create 15-second videos with editing tools embedded in Instagram’s camera.

“Facebook has a mixed track record when it comes to copying other companies’ features. Many of its attempts over the years have failed,” eMarketer analyst Debra Aho Williamson said. “Instagram did it extremely well with Stories, which it copied from Snapchat. I believe Instagram has a similar opportunity with Reels, but it’s not a guaranteed success.”

(On Monday, Snap said it would begin testing a new feature that lets Snapchat users set their Snaps to music, similar to TikTok’s app.)

In ordinary times, the prospect of Facebook diving into the shallow end of the pool would be daunting but the social-networking behemoth is the least of worries for ByteDance, the Chinese company that owns TikTok. It not only is navigating a possible sale of its operations in the U.S. and several other countries to Microsoft Corp. /zigman2/quotes/207732364/composite MSFT -0.17%  but enduring the wrath of the Trump Administration.

Read more: Opinion: Trump has no right to demand money from Microsoft-TikTok deal

President Donald Trump on Monday said he was ready to approve a deal but only if the U.S. government gets a cut of the sale price.

This led to howls of protest from lawyers, who said there was no precedent for such a request. James Lewis, senior vice president at the Center for Strategic and International Studies in Washington, D.C., told MarketWatch. “Of course we aren’t going to get a cut on the deal”. Lewis said. “It’s just not how it works. The government doesn’t get cuts from a deal.”

Shares of Facebook and Microsoft are flat in early-afternoon trading on Wednesday.