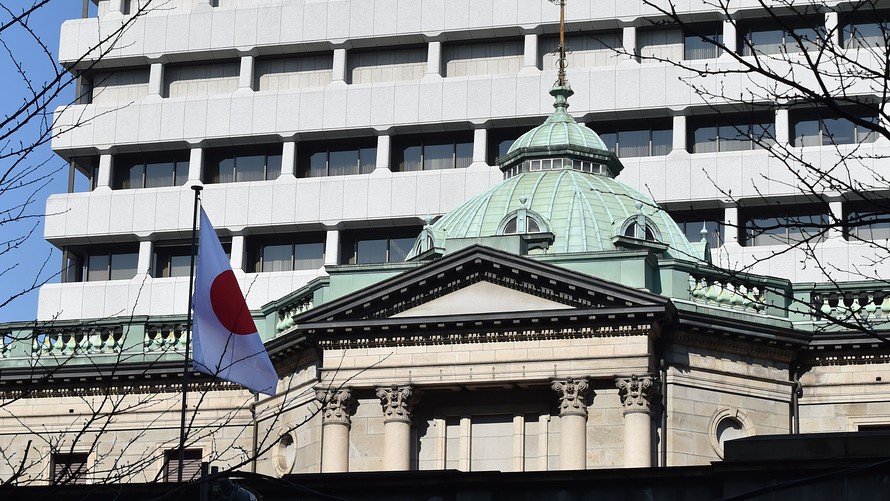 After news reports hinted that Japanese monetary policy makers may discuss tweaks to their trademark yield curve control policy in their next meeting, U.S. and Japanese government bonds saw fierce selling, pushing up yields, on expectations such a debate could pave way to a less dovish stance.

Yet with inflation running well below the central bank’s target, a Morgan Stanley analyst says it’s difficult to envision the bank loosen its yield-curve measures, which aim to keep the 10-year bond yield around zero through the use of timely bond purchases.

“We do not expect the BOJ to change its monetary policy approach at the meeting on Tuesday, July 31. The yield curve steepening that resulted from those news stories is a fade, in our view. We continue to suggest yield curve flatteners,” said Matthew Hornbach, head of interest rate strategy at Morgan Stanley, in a note dated Friday. Flattener trades refer to simultaneously buying of long-dated bonds and shorting short-dated bonds to profit from a narrowing yield gap between the two.

Investors say ultralow interest rates and bond-buying by the Bank of Japan and the European Central Bank have driven yield-hungry investors out of domestic debt into U.S. government paper, pushing long-dated Treasury yields lower. Any sign that the Bank of Japan, a relative laggard in normalizing monetary policy, will stop buying Japanese bonds could thus inspire selling of long-end Treasurys and steepen the U.S. yield curve.

“The curve can trend steeper if the BOJ really starts to pull back from [quantitative easing] as they will be the last big central bank to talk about taking away the punch bowl,” wrote David Shiau, a rates trader at Jefferies.

The sharp rates moves were first sparked by a news report by Jiji news on Friday morning suggesting the Japanese central bank could take a more “flexible” stance on its yield curve control policy. Soon after, a Reuters article said bank officials might discuss policy changes at this week’s meeting to make its easing measures sustainable. The reports stirred hopes the central bank may take a step toward normalizing its monetary policy.

But Hornbach advised investors not to get their hopes up.

On the same day the news reports came out, data showed core-core Japanese consumer prices, stripping out for food and energy, rose only 0.2% year-over-year in June, coming in below the consensus estimate of 0.4%. The softening of recent inflation numbers have stoked speculation the central bank may cut its inflation forecasts at the meeting.

“The downside surprise on Friday marked the first such surprise in several months,” said Hornbach. 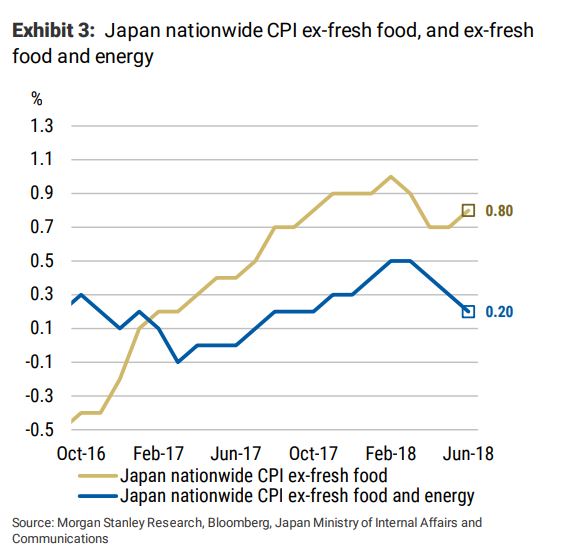 Without the support of growing price pressures, analysts say the central bank lacks the justification for a policy tweak. Bank of Japan Gov. Haruhiko Kuroda has insisted the 2% inflation target remains well within reach, but investors and economists say the slow uptick in wages mean the path to normalization may take longer than hoped.

That’s why despite the temporary respite from the flattening trend in the last few days, Hornbach wagers that long-end Treasury yields will ultimately head lower.

Morgan Stanley projects the 10-year yield to fall to 2.50% by the end of the year, propelled by the flattening curve as the Federal Reserve continues to hike its benchmark interest rate.