Last week's strong U.S. employment report gave the proverbial "all clear" to the U.S. economy and stoked speculation that interest rates are destined to increase as early as this summer. This added extra fuel to the ongoing U.S. dollar rally. The continuing strength in the dollar has been a macro force weighing on prices of a variety of commodities in recent months.

Cocoa has been one market to buck that trend as of late, and the reason is its fundamentals. But does that trend lend itself to taking the other side of the trade?

Cocoa’s production is concentrated in the limited geographic area of Western Africa. In fact, Ghana and the Ivory Coast account for over 60% of the world's harvest. Get a handle on the crop in those two countries, and you've got a pretty good handle on the cocoa market.

Crop developments in this part of the world can thus have a major impact on cocoa prices. 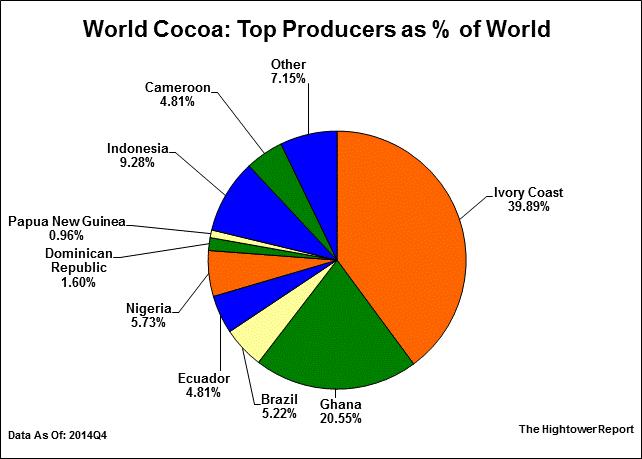 Cocoa and the Harmattan Winds

As recently as December, the mainstream cocoa trade was expecting a small cocoa production surplus for the 2014/15 crop year. Then the dry seasonal winds known as the Harmattan Winds blew down from the Sahara. This year's version was an extremely harsh one, blanketing much of West Africa's cocoa growing regions in dust, blocking sunlight and lowering temperatures.

As a result, yields in both Ghana and the Ivory Coast are expected to be affected. Early estimates had the Ivory Coast losing up to 10%-15% of production, while Ghana could be off as much as 7.6% in 2015. The International Cocoa Organization (ICCO) last month revised estimates of a surplus to a global cocoa deficit of 17,000 tonnes in 2014/15. 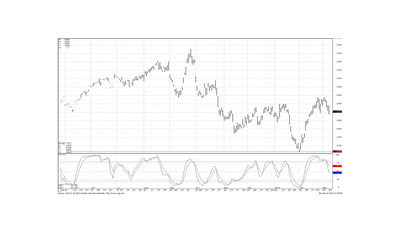 I never try to pick tops or bottoms nor do I recommend it to any commodities investor. However, futures traders may want to seek opportunities to short cocoa as it could now be overpriced based on current fundamentals. We, of course, favor an option selling approach and will be working with our clients in implementing a call-selling strategy this month. We have three reasons we think now may be a time to go short.

1. The tendency to overshoot

The first reason is that during market "events" (which the weather issue in West Africa could certain be considered an "event") commodities markets tend to overshoot on the upside or downside as a worst-case scenario seems to get priced into the market during or immediately following an event. Then, as time passes and the true effects of the event are sorted out, the net result can (and often does) end up being less extreme than originally thought. The market must then backtrack to make up for overshoot.

This is what commodity neophytes, and even some experienced traders, fail to understand. By the time you're reading about a market "event" in the newspaper, chances are it's already been factored into the price. The speculators and fast-buck chasers tend to get in at the end, driving the price above and beyond where fundamentals dictate it should be.

Cocoa could be in this situation at present time. Conflicting estimates from the ICCO this week are casting fresh doubts on the severity of production losses on Ghana and the Ivory Coast. In addition, the mood from cocoa buyers in Ghana has indicated that there is still "room for some recovery" with seasonal rains about to set in.