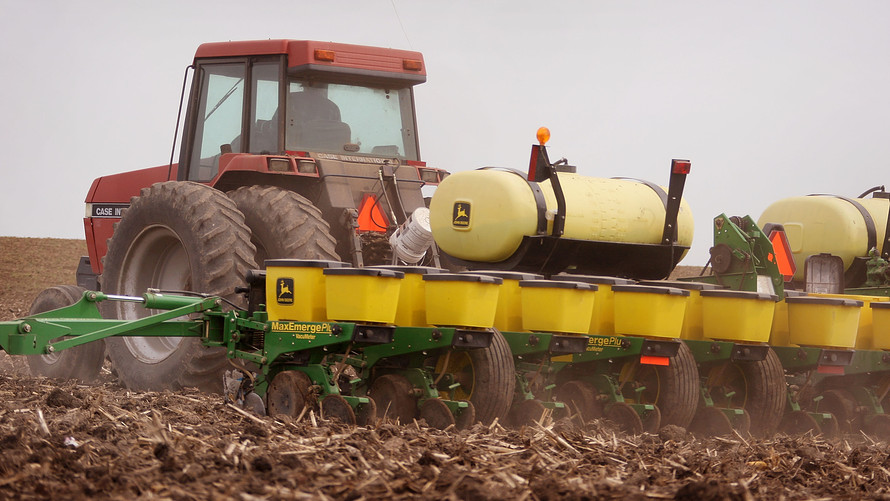 Corn and soybean farmers across the most productive parts of the Midwest are preparing to plant their crops as the COVID-19 pandemic locks down communities and the economy.

Farmers and suppliers say the lockdowns are going to complicate the planting process, but that they’re optimistic that with precautions and planning, they’ll be able to minimize the threat of illness and keep disruptions largely at bay.

“When the weather’s good and the ground’s fit we roll, we move and we put a lot of hours in,” said Kendell Culp, who raises corn and soybeans on 2,000 acres near Rensselaer, Indiana. “Now we have to be more intentional about our actions and how we interact with people and socialize and communicate.”

That includes working to minimize face-to-face interactions with suppliers and service providers, said Brian Jones, who operates a 2,000-acre farm near Greenfield, Iowa.

Planting season in big producing states like Iowa, Illinois and Indiana typically starts in early to mid-April with the aim of wrapping up around mid-May. Soybean planting begins a bit later and can end a bit later, but the window for achieving top yields closes relatively quickly. In Illinois, for example, researchers have found that yields for both corn and soybeans planted after May 15 suffered significant penalties .

Unlike specialty crops and produce that are more labor intensive and often require substantial outside labor, row-crop agriculture is more machine-intensive. That can make it somewhat easier for farmers and employees to maintain distance, he said. But not at all times.

“When you assign a person to drive a tractor, they’re pretty isolated,” Culp said. But it’s when a person gets out of an assigned workplace, say if there were a breakdown and another person was sent to fetch the operator, that farmers need to give thought.

Jones said he and his family have largely isolated themselves on the farm.

“We try to combine trips to town for as many things as possible to limit contact with the public. We have taken to disinfecting touch points in the vehicles if we drive somewhere when we get home and usually change our clothes and wash them,” he said in an email.

The Illinois Farm Bureau, on its website , urged producers to develop a plan for dealing with the coronavirus outbreak and to ensure that it was shared with everyone living and working on the farm. That includes screening and distancing people arriving on the farm, ensuring that workers maintain distance from each other, setting up handwashing and sanitizing stations and taking steps to ensure that shared equipment and facilities are regularly sanitized.

The organization also urged members to have a plan for anyone who may fall sick, including quarantine and health care measures, while ensuring that work continues. While outbreaks in New York City and other urban areas have dominated the headlines, rural areas are expected to play catch-up to some degree. Also, farmers tend to skew older, which makes them more at risk. The 2017 Census of Agriculture found the average U.S. farmer was 57.5 years old.

Culp and Jones both noted that suppliers and service providers in their areas have taken steps to minimize person-to-person contact. That includes equipment dealers setting up outside parts depots where farmers can pick up their orders themselves, Kulp noted.

Rod Wells, chief supply chain officer at Growmark, a Bloomington, Illinois-based co-operative that provides seeds, chemicals, fertilizer, fuel, lubricants and other supplies on a wholesale basis to local dealers and also operates its own retail Growmark FS service centers, said the co-op has taken a number of measures to protect its own employees and its customers.

Farmers are asked to call ahead before coming to pick up supplies and to use online or telephone billing. In facilities, Growmark stepped up efforts to disinfect work areas and has told workers to stay home if sick or, if a family member tests positive.