One point of concern is the impact of a border-tax plan on the dollar, Treasury secretary says 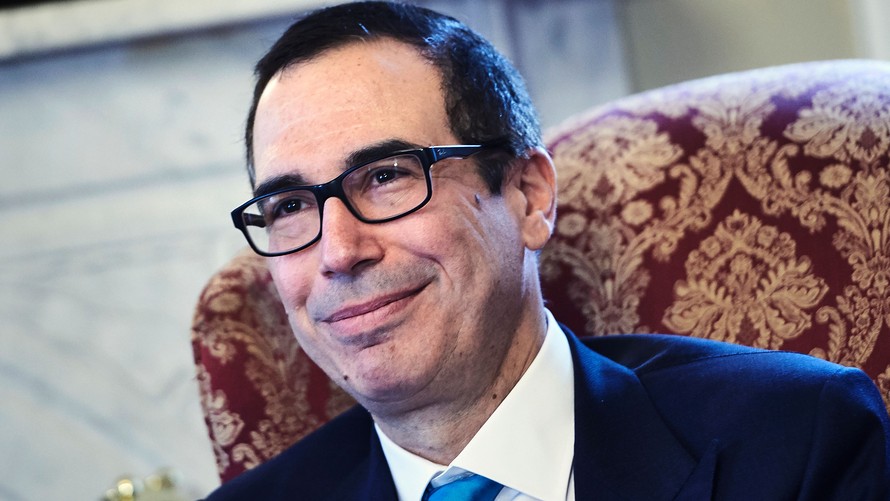 The fate of the Trump tax package is not tied to the outcome of the debate in Congress on repealing and replacing Obamacare, Treasury Secretary Steven Mnuchin said on Thursday.

“Whether health care gets done or health care doesn’t get done, we’re going to get tax reform done,” Mnuchin said in a moderated discussion at an Institute of International Finance conference.

A Trump tax bill will be unveiled “very soon,” he said.

The Dow Jones Industrial Average /zigman2/quotes/210598065/realtime DJIA -0.57%  extended gains after Mnuchin’s remarks. The stock market, although up on Thursday, had wavered recently over tax policy uncertainty.

“The [tax reform] plan will pay for itself,” with the help of dynamic scoring, the Treasury secretary said.

Mnuchin continued to straddle the fence on the border-adjusted tax that’s included in a House tax proposal. It’s a controversial piece that taxes imports while exempting exports and has drawn mixed reaction from U.S. industry.

There are things we like and things we don’t like about the border tax, Mnuchin said Thursday.

Related: Border-adjusted tax not ‘off the table,’ Mnuchin says

Some economists think the currency will naturally move higher after the tax is passed. But a stronger dollar would hurt U.S. exporters, working against the aim of the tax relief, Mnuchin said.

And if the dollar does not strengthen, there will likely be higher inflation, particularly for consumer goods, he said.

Separately, Mnuchin said he was confident that Congress would pass a debt-ceiling increase, “hopefully” before the summer.

“I think we are going to have bipartisan support on raising the debt ceiling,” he said.

More from the conference:

Get news alerts on U.S. Dollar Index (DXY) and Dow Jones Industrial Average — or create your own.