The Tax Cuts and Jobs Act dramatically increased the unified federal gift and estate tax exemption. That may not last under a new administration 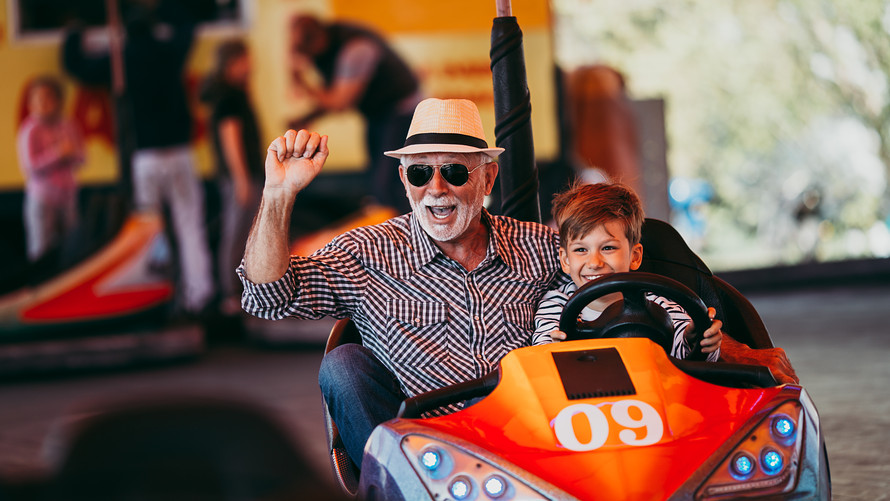 Getty Images/iStockphoto
There’s no guarantee that today’s ultra-favorable federal gift and estate tax regime will be allowed to survive past this year.

For most of my working life, federal taxes have generally trended lower. But in recent years, I’ve repeatedly warned about that era coming to an end — especially for well-off individuals. The beginning of the end could be Nov. 3, 2020, which just happens to be the date of the rapidly approaching general election.

Another factor to consider is that we might finally be forced to address the issue of ongoing huge federal budget deficits — which have been made that much bigger by costly federal COVID-19 relief measures. Additional rounds of costly relief are probably in the cards. Bottom line: maintaining the current relatively benign federal tax environment might be viewed as contrary to the goal of reducing federal budget deficits — if that ever becomes a goal of our duly-elected politicians.

Federal income taxes and federal gift and estate taxes could come under review in November if there’s a change of administration. Those are the ones I would be most worried about if I suddenly became much wealthier than I am now. Here’s my take on the subject, after first covering some necessary background information.

The Tax Cuts and Jobs Act (TCJA) dramatically increased the unified federal gift and estate tax exemption from $5.49 million in 2017 to $11.58 million for this year — with inflation adjustments scheduled for 2021-2025. If you’re married, your spouse has a separate exemption in the same amount.

This is by far the most favorable federal gift and estate tax regime in recent times, as detailed below.

Here are snapshots of our federal gift and estate tax regimes since the dawn of the millennium.

For 2010, but just for that one year, estate executors could opt for a zero federal estate tax bill in exchange for giving up tax-basis step-ups for certain assets inherited by beneficiaries of the deceased individual. If you’re a New York Yankees fan, you might remember that the estate of former Yankees owner George Steinbrenner took advantage of that one-year deal after his death in 2010 .

Since 2011, we’ve had so-called federal gift and estate tax exemption portability for married couples. That means if one spouse dies without using up his or her exemption, the surviving spouse is allowed to inherit the unused exemption amount.

For example, say Uncle Frank passes away this year without using up any of his $11.58 million exemption (he made no gifts during his lifetime). His surviving spouse, Aunt Sofia, inherits Uncle Frank’s unused exemption and adds it to her own exemption. So, for 2020, she has a unified federal gift and estate tax exemption of a $23.16 million. Between now and year-end, she could give away that amount with no federal gift tax liability. If Aunt Sophia dies between now and year-end, her heirs could inherit $23.16 million with no federal estate tax liability.

For 2021-2025, today’s edition of our beloved Internal Revenue Code states that the unified federal gift and estate tax exemption (currently $11.58 million) will be adjusted annually for inflation. The flat tax rate on excess lifetime gifts and excess estate values will remain at 40%.

Thanks to a so-called sunset provision, the exemption for 2026 is scheduled to revert back to the 2017 amount of $5.49 million with a cumulative inflation adjustment for 2018-2025. To pick a number, let’s say the exemption for 2026 turns out to be about $6.5 million. The flat tax rate on cumulative lifetime gifts in excess of that number and excess estate values in excess of that number would remain at 40%.

Here’s the concern. There’s no guarantee that today’s ultra-favorable federal gift and estate tax regime will be allowed to survive past this year. In fact, there’s no guarantee that the regime for this year (2020) won’t be retroactively changed for the worse after the November election. That probably won’t happen, but don’t bet your life on it. What does actually happen will depend on events and the election outcome. The current regime might be left standing, or it might be torn down and replaced with something a lot less taxpayer-friendly.

Possible outcomes could include:

* Keeping the existing ultra-favorable regime in place through at least 2024 (the next general election year).

* Eliminating the portable exemption privilege and accelerating the effective date of the aforementioned sunset provision that would take the exemption back to the 2017 level, with a cumulative inflation adjustment, starting in 2021. That would result in an exemption of around $6 million for next year with no more portable exemption deal.

* Going back to the 2009 regime with its much-smaller $3.5 million exemption and maximum 45% tax rate, starting in 2021. Back then, there was no portable exemption privilege.

* Enacting something much worse, starting next year — like going all the way back to the 2000 regime with its tiny $675,000 exemption, confiscatory 55% maximum tax rate, and no portable exemption privilege.

* The worst-case scenario would be post-election legislation that includes something much worse (like the above) that takes retroactive effect this year. As stated earlier, our duly-elected politicians probably would not choose to cause such a big and retroactive gift and estate tax train wreck. But you never know.

As fictional hero Jack Reacher likes to say, “Hope for the best. Plan for the worst.” One plan for folks with estates in the large to very-large categories would be to position themselves to be able to make large to very-large gifts before year-end to substantially reduce the value of their estates. For example:

Say you’re age 85 with a $10 million estate (not counting the value of your nice home). You have financially responsible adult children who are in your good graces. Be prepared to give away $5 million to the kids — after the election but before year-end — with the verbal understanding that your kids will help you out in the future, if necessary.

If after the election, you’re comfortable with the idea that nothing needs to be done, you can forget about this plan until further notice.

If you’re forced to implement the plan, you’ll still have your home and $5 million. That should be enough to comfortably get by. Of course, that depends on your specific circumstances and whether there’s a retroactive gift and estate tax train wreck that triggers a big 2020 federal gift tax bill. But we hope and trust that the current-law $11.58 million unified gift and estate tax exemption will fully shelter your 2020 gifts to the kids from the federal gift tax. Fingers crossed.

If the federal gift and estate tax regime changes much for the worse next year, your post-2020 situation may suffer some damage, but you avoided a more unfortunate outcome by giving away $5 million this year.

If the federal gift and estate tax regime is retroactively changed much for the worse this year, you did what you could, and we hope it did at least some good. There are no guarantees here.

There you have it: my views on your exposure to a possible change in the federal gift and estate tax and what might be done to avoid getting grievously injured if it happens. Now, go talk to your tax adviser, who might say I’m completely nuts. Or not.