The next coronavirus relief package must fix the flaws of the first, and here’s how free bank accounts for all Americans at the Federal Reserve fit into that solution

Wealthy interests have thrived during the pandemic. The CARES Act authorized trillions in spending to support wealthy people and corporations. Most of the money was used to guarantee liquidity for banks and hedge funds, backstop corporate balance sheets, and purchase debt to save commercial loan markets. Overall, 82% of the $170 billion tax provision included in the stimulus legislation benefited individuals making more than $1 million per year.

On July 31, the $600 lifeline in extra federal unemployment benefits expires, and the $1,200 checks authorized by the CARES Act will be long gone. And despite having received direct aid, most states and cities will be facing a cash crunch , which could lead to massive layoffs and cuts to critical social services. If these issues were not enough, President Donald Trump is demanding that school districts bring students back , without the billions in resources needed to do so safely.

The federal government’s job is to spend to stimulate the economy during a crisis, and we know this strategy works. Now Congress must do the same for working people and for communities across the country.

Without dramatic congressional action in the coming days, the American economy is poised to drive off a cliff .

Thankfully, members of Congress are negotiating another stimulus package. But this next one must fix the flaws of the first. This time, the stimulus package must prioritize recurring aid and structural reforms for working people and local governments. 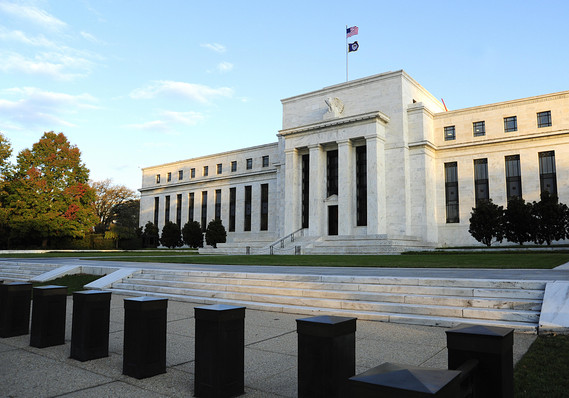 Getty Images
So-called Fed Accounts, created at no charge for every American by the Federal Reserve, would provide an alternative to financial services that prey on the unbanked and the underbanked populations, typically charging far-above-market interest rates.

The next stimulus package must extend the unemployment benefit and provide a recurring guaranteed income of $2,000 per month , create free bank accounts at the Federal Reserve — “ Fed Accounts ” — for every American, and supply state and local governments with ongoing cash payments and ensure that future economic crises trigger automatic payments .

The federal government’s job is to spend to stimulate the economy during a crisis, and we know this strategy works. Now Congress must do the same for working people and for communities across the country.

Before the pandemic, many Americans were barely making ends meet. Only four in 10 Americans had $400 in the bank to weather an emergency, millions of households were living check to check, and many were spending more than a third of their income on housing . This was an economy with historically low unemployment and soaring stock markets. The coronavirus forced its brittle underbelly to the surface.

By providing to every American a $2,000 monthly guaranteed income, America will be a more resilient nation. Monthly cash payments will ensure people can pay rent and buy food, provide the peace of mind needed to socially distance today, and better prepare everyone for the next disaster.

According to the Federal Reserve’s data, 22% of Americans are underbanked or unbanked . About 40% of the unbanked used some form of predatory service such as a check-cashing service, pawnshops, an auto title loan, payday or paycheck advance, or a tax-refund-advance product. For perspective, currency exchanges typically charge 3% to cash a government check (one that has zero chance of bouncing), 1% of a utility bill to pay that bill, and up to 400% on a payday loan .

Put another way, billions of dollars’ worth of income and future wealth is being extracted from communities because we do not treat access to banking as a public utility like water or electricity.

When it came time to disburse the CARES Act checks, millions of people had no way to receive the help . Many waited weeks. Some are still waiting. The creation of free Fed Accounts will ensure everyone has a public option for a free bank account and to receive their guaranteed income for no cost via government keystroke.

Finally, Congress should pass a structural reform where states and cities receive recurring countercyclical aid when there is an economic crisis. State and local governments have watched revenues plummet because of the coronavirus, and there are additional risks on the horizon. With continued unemployment and a possible wave of defaults on residential and commercial rents and mortgages, income- and property-tax revenues are under threat. States and cities are required to pass balanced budgets by law, even if it means harming the people they serve. Historically, they have had to do all three and, in doing so, hurt recovery efforts in the long term. By supporting local governments with recurring aid, the federal government will fuel the national economic recovery.

These are reasonable demands. It is unreasonable to think people and communities can weather the pandemic without additional help. Yes, these items will cost money — but inaction will result in more death and cause permanent damage to the economy.

The clock is ticking.

Ameya Pawar is a former Chicago alderman and a fellow with the Open Society Foundations and the Economic Security Project. His forthcoming book “Organize Capital: The Case for Public Banks” will be published by the UChicago Press in 2021 .