Fed statement implies a midyear hike is still a possibility 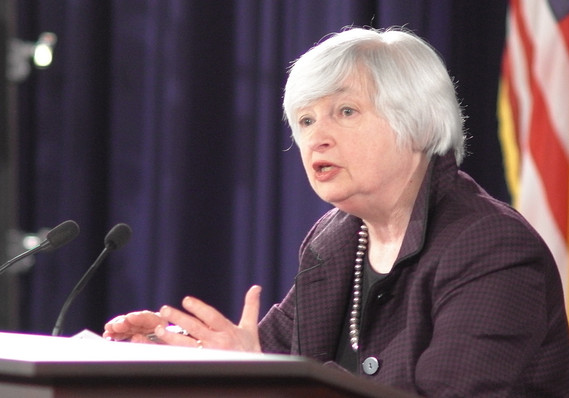 WASHINGTON (MarketWatch) — The Federal Reserve gave no sign Wednesday that it was wavering over whether to hike interest rates later this year, despite rockiness in global markets and some recent disappointing economic data.

The policy statement released by the central bank made few changes from the prior statement in December, but what changes there were leaned toward the hawkish direction.

For instance, the U.S. central bank was more upbeat about the real economy, citing “solid” growth and “strong” job gains while expressing no concern with the global economic outlook.

See full text of the statement.

The policy makers remained optimistic about inflation, repeating that their favorite measure of prices will move back gradually to the 2% annual target rate after being pushed down by “transitory” factors.

In one victory for the doves, the Fed added that it would consider “international developments” in assessing when to hike rates. The European Central Bank this month announced its own bond-buying program in response to weakness in the eurozone.

As was widely expected, the statement repeated that the central bank can be “patient” in hiking rates. This effectively takes rate hikes off the table for the next two policy meetings in March and late April. Interest rates have been near zero since the end of 2008.

The Fed repeated that it will continue to monitor inflation developments closely.

There were no dissents to the statement.

Josh Shapiro, chief economist at MFR Inc., said there were no dissents because the Fed statement added “sops” to both hawks and doves on the committee.

He said “net-net” there were no changes to the Fed’s patient stance. While a June rate hike remained on the table, there was plenty of time for Fed officials to change course if warranted, he said.

Ian Shepherdson, chief U.S. economist at Pantheon Economics, agreed a June rate hike remained on the table “depending on the labor data.”

And here’s a more poetic summation of the Fed announcement: