Richmond Fed president Barkin says U.S. economy took elevator down but has to take the stairs up 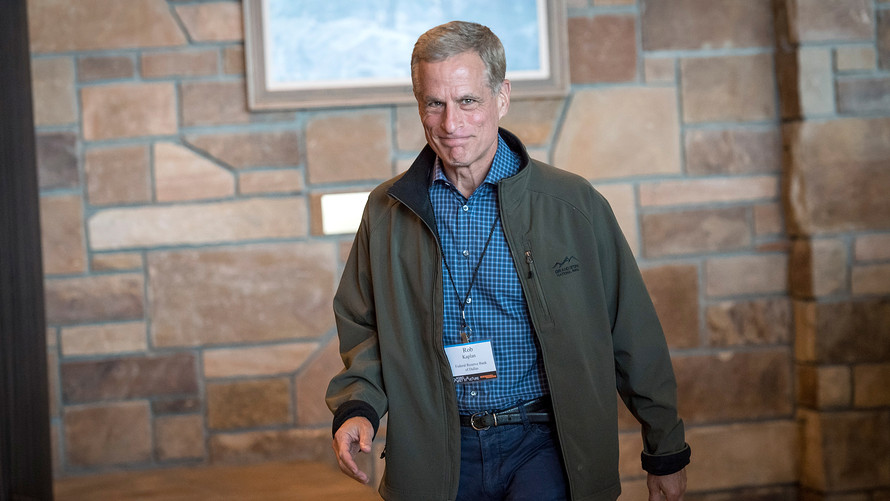 Federal Reserve officials on Friday stressed they were thinking about more and innovative ways to help the economy and not about pulling back support.

“The Fed is going to need to more in terms of other actions to bridge this period” of sharp downturn and slow recovery, said Dallas Fed President Robert Kaplan, in an interview on the Fox Business Network.

Later, St. Louis Fed President James Bullard told the Wall Street Journal the central bank would be offering support to the economy as long as needed.

And Richmond Fed President Thomas Barkin said the Fed had more work to do to help the economy recover, in a speech delivered from his home office to the Maryland Chamber of Commerce .

The comments largely echo the concern about the economic outlook beyond short-term concerns expressed by Fed Chairman Jerome Powell on Wednesday.

Powell said the central bank was worried the coronavirus shutdown was creating difficulties that would last over “the medium term,” in other words, two or three years.

There is risk of “damage to the productive capacity of the economy,” the Fed chairman said.

On Wednesday, the Fed kept its benchmark rate at zero and said it planned to continue its “open-ended” purchases of Treasury and mortgage-backed securities. The central bank has also set up $2 trillion in loan programs to keep financial markets from collapsing.

The speed and scope of Fed actions have been much faster than during the 2008 financial crisis and the central bank is also signaled it will buy riskier assets.

Barkin said economic growth came so swiftly after the crisis that it was like riding an elevator in a high-rise. Unfortunately, the economy has to take the stairs back up, he said.

In his Fox Business interview, Kaplan said he thought there would be a need for stimulus to get the economy going but that it would likely have to come from Congress and the White House.

Kaplan said the U.S. unemployment rate would end the year in a range of 8%-10%. And growth for the year would shrink by 5% even with an expected recovery in the second half of the year.

U.S. equity benchmarks were sharply lower on Friday, in part reflecting weak U.S. data and also tension between the White House and China. The Dow Jones Industrial Average /zigman2/quotes/210598065/realtime DJIA +0.48%   was down 644 points, or 2.6% to 23,698 in midafternoon trading.