FedEx stock may have bottomed, but that’s not a good enough reason to buy, analyst says 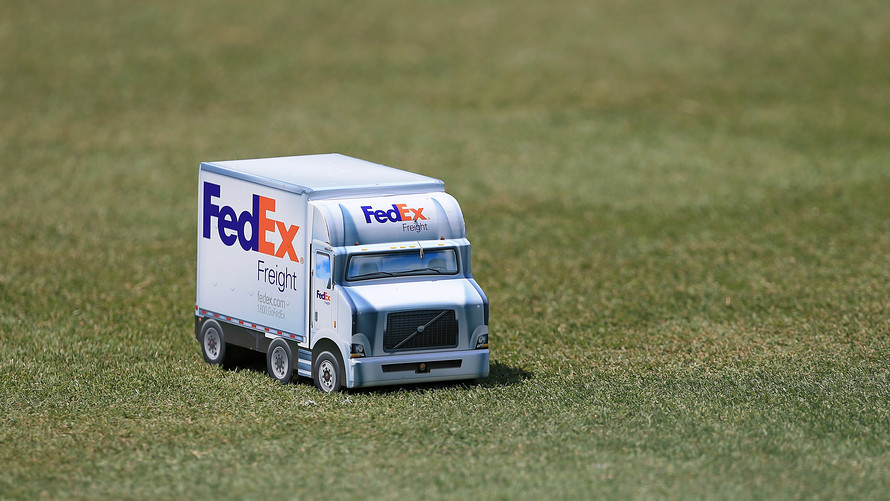 Shares of FedEx Corp. plunged Wednesday after yet another disappointing earnings report, prompting at least one analyst to downgrade the package-delivery giant and many others to cut their price targets.

FedEx /zigman2/quotes/203047719/composite FDX +1.62% reported late Tuesday a second-fiscal-quarter profit and revenue that fell below expectations, as the company blamed weak global economic conditions, increased costs for expanded FedEx Ground offerings, “the loss of business from a large customer,” the continued shift to lower-margin services, the calendar shift that moved Cyber Week revenue into December and a more competitive pricing environment.

Although Chief Financial Officer Alan Graf said on the post-earnings conference call with analysts that “we are at the bottom,” the stock closed down 10.0%, enough to lead the Dow Jones Transportation Average’s /zigman2/quotes/210598063/realtime DJT +0.71% and the S&P 500 index’s /zigman2/quotes/210599714/realtime SPX +0.47% decliners. That follows a 12.9% tumble on Sept. 18, which was the stock’s biggest one-day decline in 11 years, after FedEx reported first-quarter results.

A month earlier, FedEx said it was not renewing the contract FedEx Ground had in place to deliver Amazon.com Inc. /zigman2/quotes/210331248/composite AMZN +0.67% packages, and three months earlier the company said it was ending its air-shipping contract with Amazon.

The latest results mark the seventh of the past eight quarterly reports that led to stock declines.

After so many disappointing reports, it’s understandable that investors and analysts aren’t buying the company’s claim that the worst is over.

Analyst Scott Schneeberger at Oppenheimer threw in the towel on the bullish stance he’s kept on FedEx’s stock for at least the past three years. He expects some of the economic headwinds to abate, he said, and expects “moderate improvement” in results over the second half of the fiscal year, but that’s not enough to keep the rating at outperform.

“Although FedEx may have reached a trough and should progressively, albeit gradually, climb itself out, we believe the company’s ‘show me’ status is likely to persist multiple quarters until it demonstrates enhanced certainty of a return toward historical Express/Ground segment margin levels,” Schneeberger wrote in a note to clients.

Bank of America Merrill Lynch’s Ken Hoexter kept his rating at neutral but lowered his price target to $163 from $170, saying most of the reasons for another guidance cut appears to be tied to “FedEx specific” issues.

Hoexter said the year-over-year decline in second-quarter normalized earnings per share matched the declines seen during the Great Recession between the third quarter of fiscal 2009 and the first quarter of 2010. And Hoexter wrote in a research note that FedEx Ground’s operating income was about 34% below target, “the largest deviation at Ground in the 18 years we have followed the company.”

Of the 28 analysts surveyed by FactSet who cover Fedex, 10 have reduced their price targets following the results, while Oppenheimer’s Schneeberger was the only one to lower a rating. More than half of the ratings (54%) are now the equivalent of hold, according to FactSet; there are no explicitly bearish ratings. The average price target has declined to $164.82, but that is about 12% above current levels.