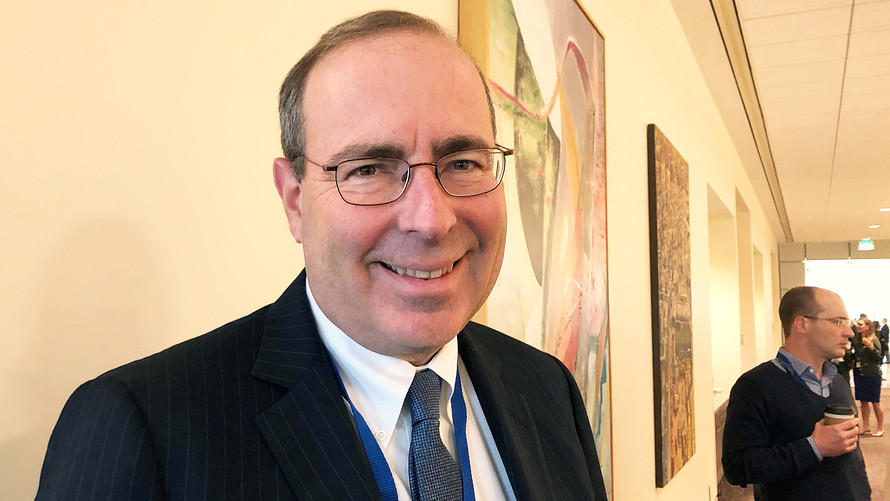 Reuters
Federal Reserve Bank of Richmond President Thomas Barkin worked for 30 years for McKinsey & Co before becoming president of the Richmond Fed in 2018.

The best way to help the U.S. economy recover would be for business and government to develop “aggressive and consistent” workplace standards, so consumers and workers feel safe to leave home, said Richmond Fed President Thomas Barkin on Friday.

“Defining these standards, and ensuring they are broadly followed, is actually the most critical stimulus program we can do,” Barkin said during a town hall sponsored by Chamber RVA, a Richmond business group.

“It will require strong public/private coordination,” Barkin said. He added as an aside that he was pleased with the way the Chamber RVA helped Richmond reopen.

Barkin’s comments reflect some unease at the Fed about how the economy is reopening with little coordination and rules being set in some instances county-by-county. A second wave of the coronavirus “would not be a positive development,” Fed Chairman Jerome Powell said on Wednesday. Even a series of local spikes could damage the economy because it would undermine people’s confidence, he said.

But the decision about when to reopen the economy is one for elected officials at the state and local level, Powell stressed.

Barkin, the Richmond Fed president, was not impressed by the May jobs report, saying the underlying data is worse than the headline 13.3% unemployment rate. The “unemployment reality” is in the “high teens” and the job losses have fallen disproportionately on people of color, he said.

Second-quarter gross domestic product could come down in the range of about a 40% annual rate, Barkin said.

Still, assuming there is no significant resurgence in COVID-19, the economy should improve going forward, Barkin said.

“While hardly robust, you can see positive signals in the real-time information,” Barkin said. Consumer sentiment has increased, credit-card spending is not down as much as earlier in the crisis, and auto dealers say demand is rebounding, he said.

Real disposable income could actually be positive in the April-June quarter, he said. But the pace of growth will be slow.

He said the economy still needs stimulus “beyond what the Fed can deliver.”

Barkin said some large firms are telling him that they are planning layoffs because they are assuming the economy won’t recovery fully.

The debt burden might also slow the economy going forward, he said.

The Dow Jones Industrial Average /zigman2/quotes/210598065/realtime DJIA +0.48%   lost most of its early gains Friday and was up 63 points in early afternoon trading.

Stocks had tumbled on Thursday after Powell said a day earlier that the economy faced a “long road” to full recovery.

Powell will get a chance to expand on his remarks in testimony to Congressional committees next Tuesday and Wednesday.