St. Louis Fed president says not certain yet whether its dampened enough to encourage global manufacturing 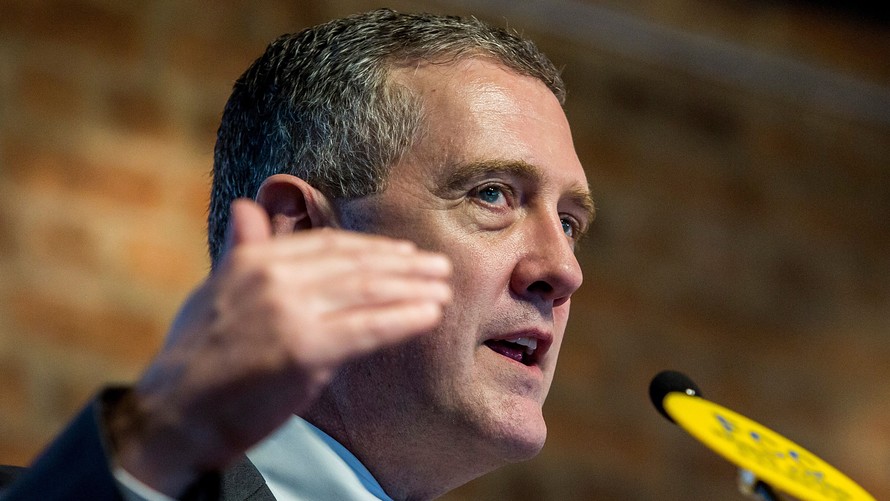 Global trade-policy uncertainty has declined, but policy makers must wait to see whether it has dampened enough to encourage global manufacturing, said St. Louis Fed President James Bullard on Tuesday.

Trade uncertainty abated as the U.S. and China signed a trade accord; Congress approved a revised version of Nafta, or North American Free Trade Agreement, with Mexico and Canada; and the U.K. approved a plan to depart the European Union, Bullard said, in a speech to the CFA Society of St. Louis. 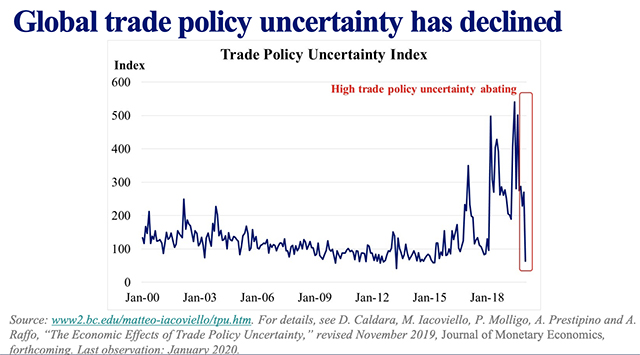 Another question facing the economy is the coronavirus outbreak, which reportedly originated in Wuhan City, China.

China’s economy is expected to grow at a slower rate in the first quarter than previously forecast, Bullard said.

The key question is whether the outbreak is likely to be contained as other important viral outbreaks have been. Bullard said his base case is that the virus gets under control.

Experience with previous viral outbreaks “suggests that the effects on U.S. interest rates can be tangible and last until the outbreak is clearly contained,” Bullard said. 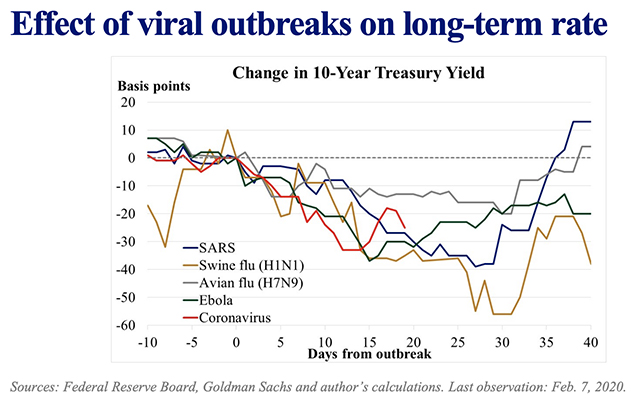 During outbreaks of deadly diseases, 10-year note yields have fallen but recovered ground after a few weeks

A third question to Bullard is whether interest-sensitive sectors will respond to last year’s three quarter-point rate cuts, which took benchmark rates to a 1.50%-to-1.75% range.

Overall, Bullard said he thinks there is still a “reasonable chance” that a soft landing of the U.S. economy will be achieved. A so-called soft landing is when the economy slows to its trend growth rate without collapsing.

Fed Chairman Jerome Powell told Congress earlier Tuesday the Fed is “closely watching” the emergence of the infectious disease, now known as COVID-19, in China that has infected some 43,000 and claimed more than 1,018 lives, according to the World Health Organization.

While the central bank’s benchmark interest-rate range of 1.50% to 1.75% looks low, the stance of monetary policy is “not all that accommodative” relative to the global neutral level of interest rates, which has been falling in recent years, Bullard said.

In comments to reporters following his speech, the St. Louis Fed president said he didn’t see any bubbles in asset markets as a result of the low rates.

The Fed “has a much better radar than we had before” on financial stability issues. “I just don’t see anything out there today that would require a monetary-policy response,” he said.

With rates low, Bullard said he would expect to see inflation move up toward the central bank’s 2% target.