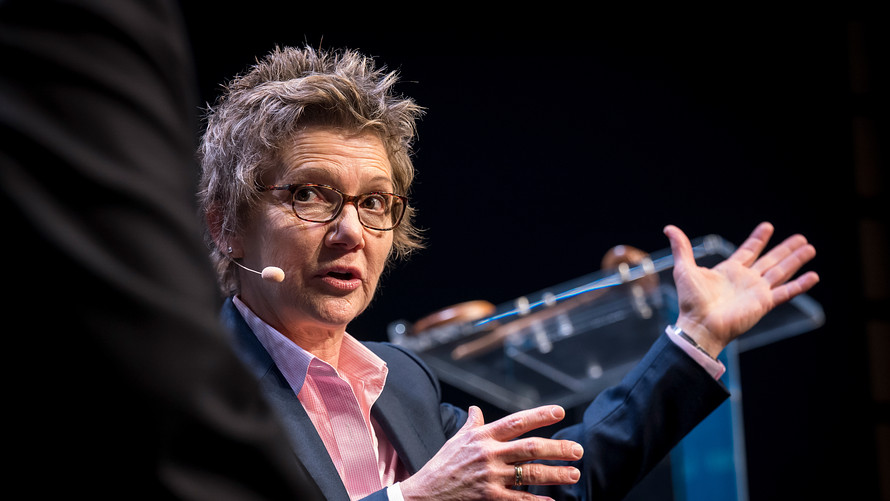 “No one who I talked is looking at a V-shaped recovery, they really think this will be gradual and it will take time to build confidence back up for both workers and consumers,” San Francisco Fed President Mary Daly said, in an interview on Bloomberg Television.

“I think...for the country the short-term outlook is really bleak,” he said.

“The best case scenario would be a quick bounceback, but it’s hard for me to see that until we get some type of technological breakthrough in a vaccine or a therapy,” Kashkari said.

“We should plan for a much more gradual recovery,” he said.

The medium term is the “most uncertain” period, given the unknown path ahead for the coronavirus epidemic.

He spoke on a webcast sponsored by the North Dakota Department of Commerce.

Since early March, the Fed has slashed its benchmark interest rate close to zero and has been buying huge amounts of Treasury debt and mortgage-backed assets to bolster financial markets. The central bank is setting up lending programs to $2.3 trillion of assistance to all corners of financial markets.

But fundamentally, Fed officials note the coronavirus pandemic is a health crisis, not a financial crisis and how the virus spreads is the most important variable.

In her interview, Daly refused to provide quarterly GDP forecasts, saying it was too hard to forecast, but said 2020 as a whole would show negative growth. Growth will return in 2021, she said.

“I think that’s about as good as forecasting can get right now,” she said.

Lawmakers will have to think whether “the bridge they’ve built is long enough,” Barkin said.

With $3 trillion already allocated by Congress to help businesses and the unemployed, additional relief may be harder to achieve, the Richmond Fed president noted, in a talk sponsored by the Greenville, South Carolina, Chamber of Commerce.

Earlier Thursday, Kashkari spoke on the Today Show and warned that the April jobs report, to be released Friday, would show a “devastating” loss of jobs.

Kashkari said he thought that the country should be very measured in how it allows businesses to reopen.