Fed’s Powell says risks to the U.S. economy remain, particularly from the coronavirus 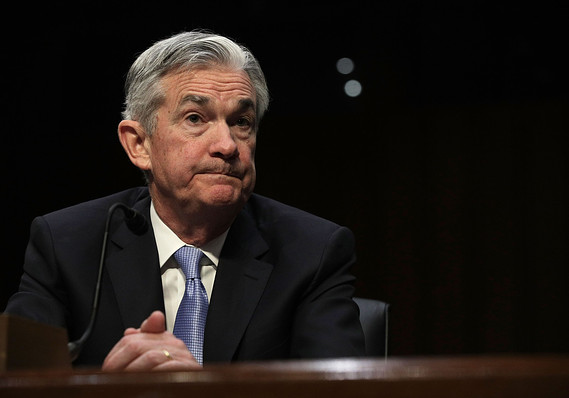 Some of the forces that held down U.S. economic growth last year have eased, but risks to the outlook remain, particularly from the coronavirus, Federal Reserve Chairman Jerome Powell said Tuesday.

“We are closely monitoring the emergence of the coronavirus, which could lead to disruptions in China that spill over to the rest of the global economy,” Powell said, in testimony prepared for a House Financial Services Committee hearing later Tuesday.

The Fed’s report to Congress on monetary policy noted fragility in China’s corporate and financial sector that could leave it vulnerable to an adverse shock.

Earlier Tuesday, Tedros Adhanom Ghebreyesus, the director general of the World Health Organization, said coronavirus is “a grave threat for the rest of the world” amid some signs the rate of infection may be slowing.

Although the semi-annual hearing on Fed monetary policy doesn’t start until 10 a.m., the House panel decided to release the Fed chairman’s testimony a few hours early.

Worried about the health of the economy, the U.S. central bank cut interest rates by a quarter point at three successive meetings last fall, bringing its benchmark rate down to a range of 1.5%-1.75%.

These fears have eased somewhat. Over the past two policy meetings in December and January, Fed officials have left the key policy rate unchanged.

Powell said the Fed was able to hold policy steady over the past 12 weeks because some uncertainties surrounding trade had diminished recently and there were some signs that global growth “may be stabilizing.”

Fed officials believe the current accommodative stance of policy is appropriate to support growth and push inflation up to the central bank’s 2% target, Powell said.

If incoming data back up this belief, the current stance of monetary policy will remain appropriate, Powell said.

But things could change.

“If developments emerge that cause a material reassessment of our outlook, we would respond accordingly” Powell said.

Roberto Perli, a former Fed staffer and now a fellow at Cornerstone Macro, said Powell’s language about monitoring the coronavirus significantly lowers the bar for a rate cut.

Over the last six months of 2019, the U.S. economy appeared to be growing at a moderate rate, and the labor market strengthened further, Powell said. The government’s initial reading of first-quarter GDP won’t come until the end of April.

While consumer spending moderated toward the end of the year, “fundamentals supporting household spending remain solid,” Powell said. Consumer spending has been the main driver of economic growth over the past year, as manufacturing has stumbled and business investment dried up due in part to uncertainties related to the Trump administration’s trade policies.

Overall inflation, based on the price index for personal consumption expenditures, was up 1.6% over the past 12 months ending in December, well below the Fed’s 2% target.

“Over the next few months, we expect inflation to move closer to 2%,” Powell said, as some low readings from early last year drop out of the 12-month calculation.

If the economy stumbles, with the Fed’s benchmark rate already so low, it will be important for fiscal policy to help support the economy, Powell told lawmakers.

He urged Congress to put the federal budget on a more sustainable path while the economy remains healthy.

The Congressional Budget Office recently forecast deficits above $1 trillion over the next ten years.

The recent reduction in interest rates has benefitted the stock market. The Dow Jones Industrial Average (DOW:DJIA)   is up 738 points, or 2.6% so far this year.