Tightening would be insurance against possibility of an overheated economy 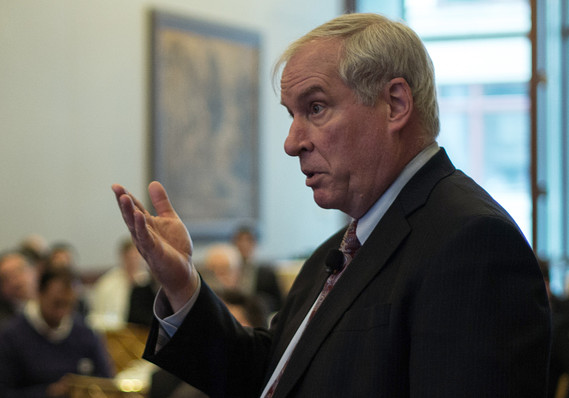 Boston Fed President Eric Rosengren on Wednesday came down on the side of further interest-rate hikes, saying they would be a form of insurance against the possibility of an overheated economy.

Current economic trends suggest an economy “that risks pushing past what is sustainable,” Rosengren said in a speech to The Money Marketeers of New York University. This could result in higher asset prices, or inflation well above the Fed’s 2% target, he warned.

“Steps lowering the probability of such an outcome seem advisable — in other words, seem like insurance worth taking out at this time,” he said.

“As a result, it is my view that regular and gradual removal of monetary accommodation seems appropriate,” he added.

Fed Chairwoman Janet Yellen said Tuesday she intends to keep raising interest rates gradually even though inflation has softened so far this year. She has the support of most of the central bank’s top officials.

A small minority wants the Fed to wait until inflation returns to the central bank’s 2% target, or at least shows signs of moving in that direction.

In his remarks, Rosengren put himself squarely in Yellen’s camp.

He said that recent weakness in inflation readings appears to be “transitory,” although this may not be obvious until next spring, when one-time declines drop out of the annual averages.

In contrast, the declines in the unemployment rate seem sustainable, and should result in higher wages and prices over time, he said.