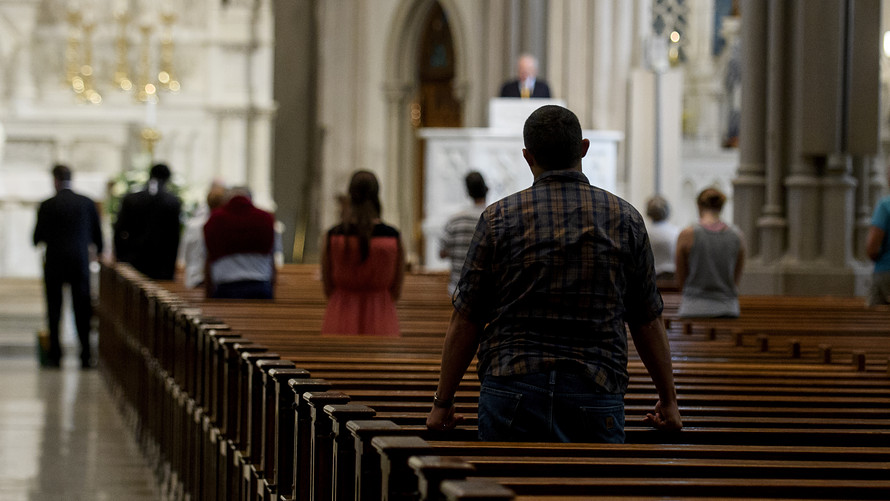 Fewer Americans are giving money to charity, and their relationship with God may have something to do with it.

The share of U.S. adults who donated to charity dropped significantly between 2000 and 2016, according to an analysis released this month from the Indiana University Lilly Family School of Philanthropy and Vanguard Charitable.

By 2016, just over half — 53% — of Americans gave money to charity, down from 66% in 2000. That figure held mostly steady until the Great Recession. Then it started to drop off and took a dive after 2010, said report co-author Una Osili, associate dean for research and international programs at the Lilly School.

The decline amounts to 20 million fewer households donating to charity in 2016 (the most recent year for which data was available) versus 2000, researchers said.

The analysis drew on data from the Philanthropy Panel Study, a data set within the University of Michigan’s Panel Study of Income Dynamics, which tracks the same 9,000 families’ charitable giving every two years.

Americans are losing their religion

One factor driving the decline: Americans are becoming less likely to attend religious services or identify with a specific religion.

Giving to charity is, of course, a core belief for many of the world’s major religions. And very religious people of any faith are more likely to give to charity, one study by Baylor University researchers found.

But there are fewer very religious people than ever in the U.S. The share of the population who describe themselves as atheists, agnostics or “nothing in particular” is now at 26%, up from 17% in 2009, according to 2018 and 2019 surveys by the Pew Research Center , a nonpartisan “fact tank” in Washington, D.C.

Some 65% of Americans describe themselves as Christians, down 12 percentage points since 2009, Pew found.

Religious organizations have traditionally gotten the lion’s share of Americans’ charitable dollars. But that’s fallen slightly recently. While religious groups still received the largest chunk of charitable dollars in 2018, at 29% of total giving, it was the first year that giving to religion fell below 30% of overall giving, according to the Giving USA annual report on philanthropy, now in its 64th year.

See also: The U.S. is the No. 1 most generous country in the world for the last decade

That’s do in part to the fact that not all Americans have recovered equally from the economic downturn, the report authors said.

“This shift is due to lower-income and lower-wealth Americans experiencing the slowest economic recovery since the Great Recession, during years when the cost of other items such as food, education and healthcare have increased,” said Jane Greenfield, president of Vanguard Charitable. “This has led to a decrease in the share of income available to give to charity.”

Millennials in particular give less of their income to charity than their older counterparts, the analysis found, probably because they “had the misfortune of entering the workforce during the worst economic downturn since the Great Depression,” the authors noted.

When the baby boomers and Generation X entered the workforce, the percent of income they gave to charity increased. But millennials haven’t yet followed suit. “There’s a general trajectory that as you get older your income grows and your giving grows,” Osili said. “With millennials we haven’t seen that same pattern.”