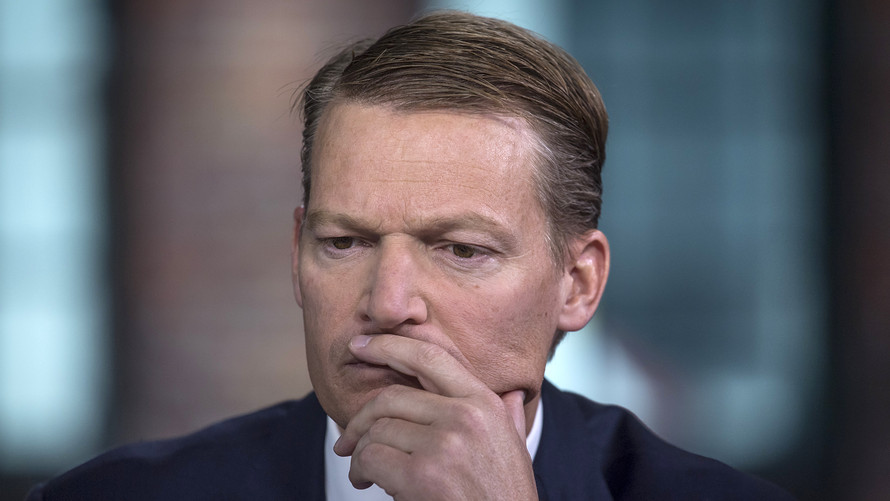 FireEye Inc. said Tuesday afternoon that higher-than-expected costs from migrating data to the cloud and a headwind from smaller customers migrating to updated services weighed on earnings and forced the cybersecurity company to lower its profit forecast for the year.

FireEye /zigman2/quotes/204730283/composite FEYE -1.01%  shares fell about 13% in immediate after-hours trading following release of the results, following a 0.5% decline in the regular session to close at $16.10. The stock was down 12% premarket Wednesday.

The company ran into some trouble having some customers upgrade from a product it was no longer supporting, Chief Executive Kevin Mandia said in an interview Tuesday.

“The appliances that we went public on five, six years ago, we got a headwind there and some of the renewals with smaller customers,” Mandia said.

“What we got to do is keep going platform in our cloud offerings and we got to just grow them faster, so you’re going to see me invest more and more into the future of the company while balancing some of the renewal challenges that we have with the smaller customers,” Mandia said.

Adjusted billings rose to $221.4 million from $196.1 million in the year ago period. Wall Street was looking for $213.8 million, after FireEye’s billings forecast of billings of $207 million to $222 million.

Customers who had subscribed to FireEye’s third-generation security service, which had been released in 2012, needed to upgrade to the company’s fifth-generation service, and that resulted in lower-than-expected renewal rates especially from smaller customers, Frank Verdecanna, FireEye’s chief financial officer, said in an interview.

“We actually moved all our traffic on our cloud services from our internal data centers to a public cloud provider and we did it in a pretty quick fashion,” said Verdecanna, with the primary cloud provider being Amazon.com Inc.’s /zigman2/quotes/210331248/composite AMZN +2.90%  AWS. “That basically spiked our cost because we are still running our internal data center costs for a few more quarters.”

Also, higher commissions paid to salespeople for bringing in new customers compared with those paid for renewals also ate into FireEye’s bottom line.

In late May, FireEye said it acquired security instrumentation company Verodin, after which it forecast a full-year outlook of adjusted earnings of 12 cents to 16 cents a share on revenue of $890 million to $900 million, and billings of $935 million to $955 million.

Get news alerts on FireEye Inc. — or create your own.