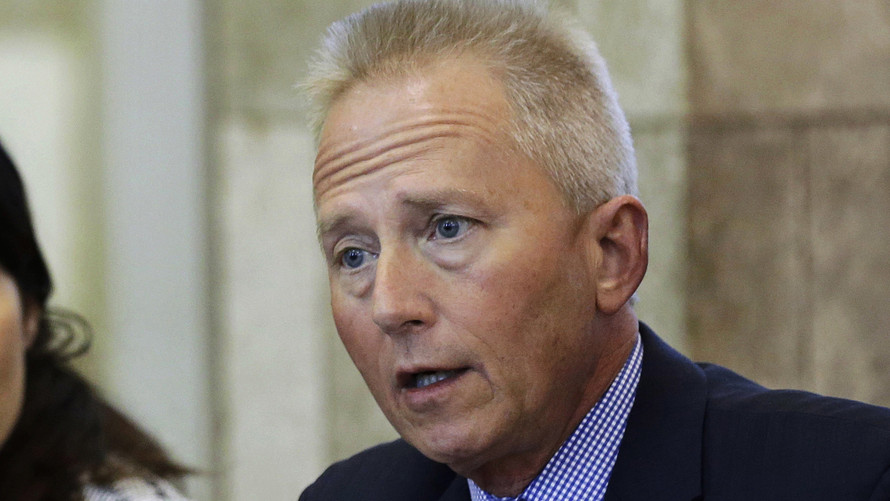 WASHINGTON — Five aides to a House Democrat who plans to become a Republican are resigning, saying his party switch “does not align with the values we brought to this job when we joined his office.”

The staffers wrote the letter on Sunday, a day after a Republican official said GOP House leaders had been informed that New Jersey Rep. Jeff Van Drew was planning the switch. Van Drew, a freshman, has said he will vote “no” this week when the House decides whether to impeach President Donald Trump, a decision that puts him at odds with nearly every other Democrat.

“Over the past year, Trump Republicans have sided with special interests over the needs of working people,” the five wrote to Van Drew’s chief of staff, Allison Murphy. “Worse, they continue to aid and abet Trump as he shreds the Constitution and tears the country apart. They have refused to grapple with how the President of the United States has jeopardized our national security for this own political advantage.”

The staffers said they respect Van Drew but “are deeply saddened and disappointed by his decision. As such, we can no longer in good conscience continue our service in the Congressman’s employ.”

It is unusual for members of Congress to switch parties, especially to move from the majority to the minority party, which has vastly less power in the House. And while it is not uncommon for aides to quit if a lawmaker switches parties, the staffers’ decision underscores the deep rifts between Democrats and Republicans over Trump and his conduct in office.

Van Drew represents a southern New Jersey district that he won by 8 percentage points last year but that Trump carried by 5 percentage points in the 2016 election. Van Drew was expected to face a difficult reelection next year, and polling showed he would also be vulnerable in a Democratic primary for the nomination for his seat.

The chamber seems certain to impeach Trump this week, probably Wednesday, in a near party-line vote over charges that he pressured Ukraine to help him in next year’s election by investigating former Vice President Joe Biden, who is vying for the Democratic presidential nomination. Unanimous GOP opposition to impeachment is considered likely.

The GOP-led Senate seems certain to find Trump not guilty and keep him in office.