Flight-attendants unions on Boeing 737 Max concerns: ‘You will not be forced to fly it’ 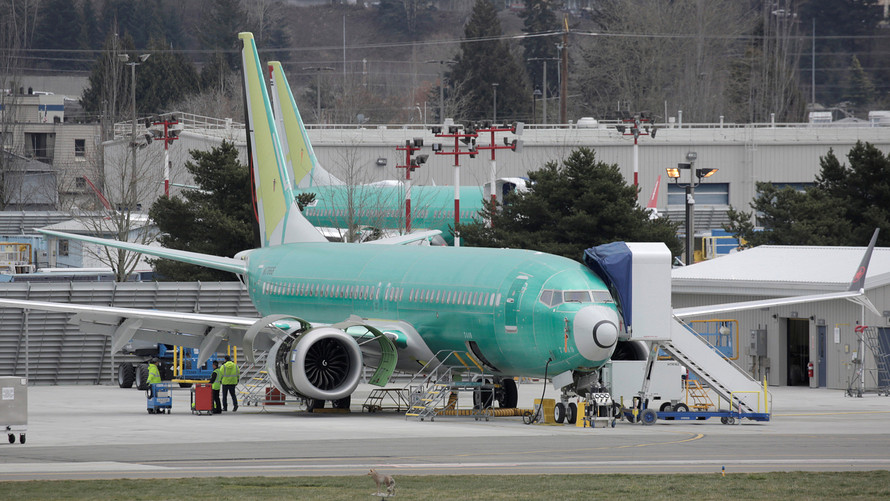 Flight attendants are calling on the Federal Aviation Administration to conduct an investigation into the safety of the Boeing 737 Max 8 aircraft (NYS:BA) .

Sara Nelson, international president of the Association of Flight Attendants, sent a letter to the FAA’s acting administrator Dan Elwell, laying out the concerns the union had regarding the aircraft. Attention has focused on the aircraft after it was implicated in two separate, recent disasters: The March 10 crash of Ethiopian Airlines Flight 302 and the Oct. 29, 2018 crash of Lion Air Flight 610.

‘The second accident in less than five months involving the same model airplane gives rise to concerns and a quick jump to conclusions that undermine full confidence in the aircraft type.’

—Sara Nelson, international president of the Association of Flight Attendants

“We fully support the investigative process and caution the public to avoid drawing conclusions prior to uncovering the facts of the incident,” Nelson wrote. “However, the second accident in less than five months involving the same model airplane gives rise to concerns and a quick jump to conclusions that undermine full confidence in the aircraft type.”

See also: Boeing’s 737 Max jet has now been grounded by these countries

Nelson called on the FAA to work with Boeing, its suppliers, the National Transportation Safety Board, airlines that operate the aircraft and others “to review all potential issues that could contribute to these two catastrophic outcomes.” In particular, she asked that authorities to examine how the aircraft’s certification, maintenance practices, operational procedures and crew training.

Separately, the union that represents American Airlines (NAS:AAL) flight attendants, the Association of Professional Flight Attendants, told its members that they won’t be forced to work on Boeing 737 Max airplanes following the Ethiopian Airlines crash. “It is important for you to know that if you feel it is unsafe to work the 737 Max, you will not be forced to fly it,” Lori Bassani, national president of the Association of Professional Flight Attendants, wrote, according to USA Today .

Last fall, multiple pilots unions expressed concerns that Boeing did not disclose new features that were implemented in the flight-control system on the 737 Max aircraft. Boeing subsequently issued a bulletin to clarify flight procedures for the aircraft, and the FAA made an emergency directive stipulating that airlines must update their flight manuals.

The FAA said in a statement that an FAA team is on-site with the National Transportation Safety Board in its investigation of Ethiopian Airlines Flight 302. It added, “We are collecting data and keeping in contact with international civil aviation authorities as information becomes available. Today, the FAA will issue a Continued Airworthiness Notification to the International Community (CANIC) for Boeing 737 MAX operators.”

“The FAA continuously assesses and oversees the safety performance of U.S. commercial aircraft,” it added. “If we identify an issue that affects safety, the FAA will take immediate and appropriate action.”

Boeing said that the FAA was not mandating it take further action, noting that it said it has no basis to issue new guidance to the aircraft’s operators. “We understand that regulatory agencies and customers have made decisions that they believe are most appropriate for their home markets,” the company said in a statement Tuesday. “We’ll continue to engage with them to ensure they have the information needed to have confidence in operating their fleets.”