Flying cars haven’t landed yet, but this $600 million Miami condo development is preparing for their arrival 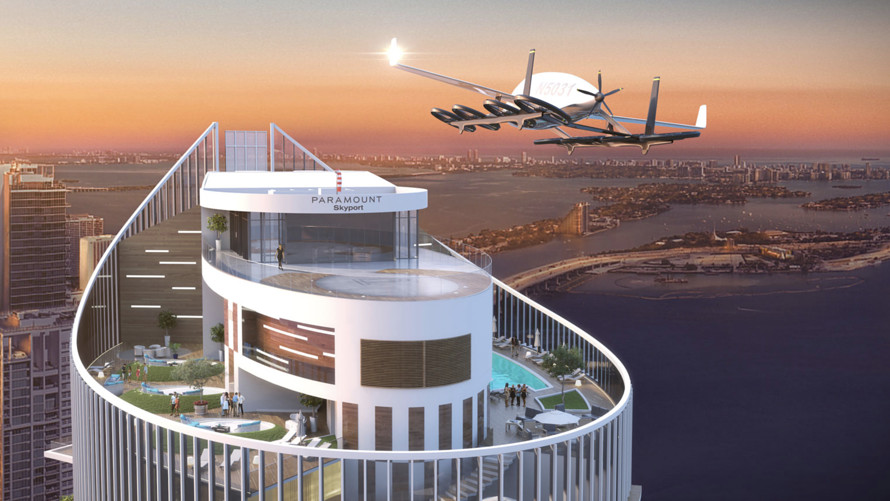 Flying cars are still years away, but residents may eventually be able to fly them home to the $600 million Paramount Miami Worldcenter, a 540-unit condominium building. The 60-story residential tower in downtown Miami has a private skyport , which it says is designed in anticipation for flying cars, or vertical takeoff and landing (VTOL) vehicles.

There are some major drawbacks to the skyport: Cars can only take off and land there, and currently there is no VTOL vehicle that is commercially available. “We have built the 60th floor SkyDeck pool so its floor will rise, transforming itself into a take-off and landing pad,” says Daniel Kodsi, Paramount Miami Worldcenter’s CEO-developer.

It doubles up as a rooftop pool. So if George Jetson or his modern equivalent wants to land there, the other millionaire residents will have to cut their exercise short and jump out of the pool.

So if George Jetson or his modern equivalent wants to land there, the other millionaire residents will have to cut their exercise short and jump out of the pool. If the floor rises, the pool will need to be drained.

The Paramount Miami Worldcenter sky deck is only being configured for future Vertical Take-Off & Landing Vehicles (VTOL), which will weigh less than current helicopters, according to spokesperson Bryan Glazer.

Once they land, flying cars have the potential to eventually reduce gridlock. Traffic congestion on the road cost U.S. drivers nearly $305 billion in 2017, an average of $1,445 per driver, according to a report by Inrix, a company that analyzes traffic data. 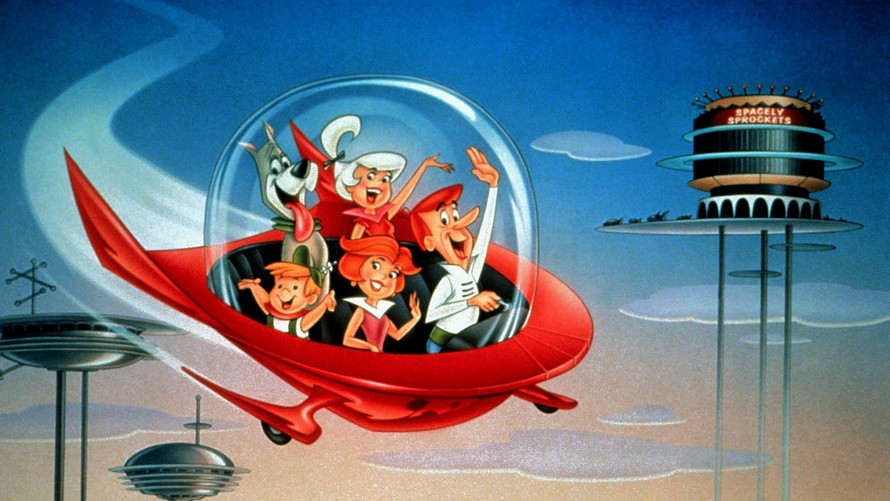 “You never even have to go through the lobby,” Kodsi says of conceiving the idea for a 5,000-square-foot roof-top landing pad. Residents of the 549-unit condo tower “can get dropped off on the roof and take a private elevator to their high-rise homes,” says Kodsi. He was inspired by the 1960s cartoon “The Jetsons” to build the Skyport in anticipation of facilitating the futuristic flying cars.

It’s either a piece of futuristic planning, or an audacious marketing move. The apartments are not cheap: Condo prices range from $750,000 for a one bedroom to over $10 million for a penthouse.

Flying cars are being developed by big name companies like Airbus (OTC:EADSY) , Boeing (NYS:BA) and Germany’s Volocopter. Some estimates say the industry will be worth $615 billion by 2040.

But that’s a big if: They would need to be approved by the Federal Aviation Administration, for one. Given that the FAA has been slow to allow commercial drones, it may be optimistic to assume it will allow people to fly all over their neighborhoods, potentially bumping into telegraph poles (and each other) in flying cars.

Uber (NYS:UBER) , which is planning an IPO this week, spent a whopping $457 million last year researching and developing flying and self-driving cars, and said it would start testing next year with plans to start commercial flights in the next four years. 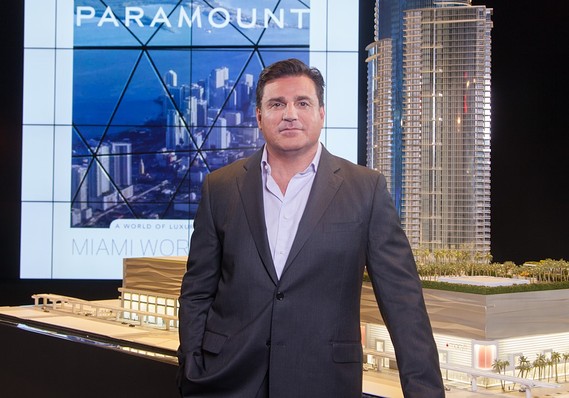 Miami could be a good market for the flying cars. The city has been ranked as having one of the most congested highway systems in the country, according to data from Inrix, a company that uses location data to provide information on traffic, parking and other analytics.

The hope is that the vehicles, which are expected to travel 230 miles per hour, will be more environmentally friendly than helicopters. Research published in the journal “Nature,” said electric flying cars could end up reducing emissions and traffic congestion.

Given that the FAA has been slow to allow commercial drones, it may be optimistic to assume it will allow people to fly all over their neighborhoods, potentially bumping into telegraph poles (and each other) in flying cars.

The Dutch-based company PAL-V (Personal Air and Land Vehicle) claims to have produced the first commercially available flying car. Even if they could deliver their cars by the time the Paramount Miami Worldcenter is built, their cars will not be able to take off and land vertically, so they will not be useful for that particular development.

They are not cheap: They have a cockpit that comfortably seats two people and cost between $399,000 (for the sport edition) and $599,000 (for the Pioneer version). Currently, the company’s marketing materials are a mixture of test runs, a test flight in 2012 and computer simulations. PAL-V says it has received more than 70 orders for units now in production.

Operators need valid drivers and flying licenses to legally cruise. PAL-V says it offers 10 hours worth of training for flying courses with the purchase of a vehicle (Flight classes typically cost between $150 to $200 an hour in the U.S.).

“It’s not a matter of buying the car, we’ll actually teach you how to fly it,” Mark Jennings-Bates, vice president of U.S. sales at PAL-V, told MarketWatch. The vehicle can drive 800 miles on a full tank of gas and fly for four hours, which is approximately 400 miles, Jennings-Bates says. The flying cars use regular gasoline.