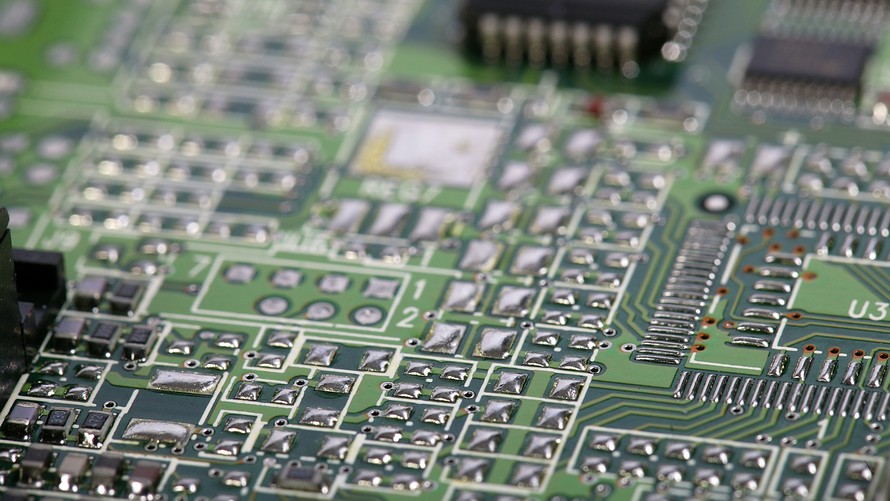 Established tech companies have been around for a while and have proven advantages over newer competitors. They have financial strength and reliable cash flow, so their yields are safe. Unlike richly priced bonds, shares of these companies can offer decent long-term capital appreciation in the form of rising stock prices as the global economy recovers and sales expand.

Here are five stocks to consider. I’ve suggested each of these companies in my stock newsletter, Brush Up on Stocks , because of their dividend, the strength of their competitive advantages, and insider buying. Another reason is they have large market capitalizations, so these shares have ample trading liquidity.

These companies also are financially solid based on their “Altman Z scores.” This measure blends gauges of financial strength including working capital, retained earnings, cash flow and sales compared to assets, and market cap compared to liabilities. An Altman Z-score of 3.0 or greater indicates balance sheet strength, according to Goldman Sachs Chief U.S. Equity Strategist David Kostin. That’s better than the S&P 500 (S&P:SPX)  average of 2.8.

Each of these six stocks are currently reasonably priced despite recent gains, considering they still trade near- or below their P/E levels during the worst of the 2008-09 financial crisis. Altman Z-Scores and March 2009 P/E ratios come from Kostin.

Former Intel CEO Andy Grove famously observed that bad companies are destroyed by crisis, good companies survive them, and great companies are improved by them. He’d be happy to know that the company he helped build into a tech sector giant remains firmly in the latter category.

When Grove was in charge, Intel (NAS:INTC)  rode the PC wave, in the “Wintel” alliance with Microsoft (NAS:MSFT)  . Then Intel wisely saw around the corner to position itself with excellent semiconductor products for cloud computing and mobile devices, the next two big trends.

Data centers servers are mostly run with Intel chips, says Morningstar analyst Abhinav Davuluri. “The shift to the cloud has been a massive tailwind for Intel, and we suspect this trend remains in the early innings as AI proliferates and demands more specialized chips,” he adds. Data center division sales advanced 43% in the first quarter, compared to 23% revenue growth overall.

Intel is also a big player chips supporting 5G — the next big trend in mobile communications. It also benefits from the work from home trend — which will probably remain with us after COVID-19 risks fade, because a lot of people and companies have gotten used to it. This will continue to boost PC demand.

Intel is ramping up several cutting-edge 10-nanometer products this year, such as its Tiger Lake processors for laptops, Ice Lake server chips, and 5G Snow Ridge base station chips. It will get its 7-nanometer processor business back on track in 2021.

These chips aren’t easy to design and make, which protects the company from competition. They also don’t cost much, so it’s not worth it for customers to change suppliers. Both factors add up to the kind of protective moat around the business that Berkshire Hathaway Chairman Warren Buffett likes to see.

Texas Instruments chips handle crucial tasks including processing data, managing power, and converting aspects of the analog world such as sound or temperature into digital signals. Texas Instruments benefits from all the major tech trends, like cloud computing, the popularity of digital products and the Internet of Things.

The company says it will continue to run its factories at first-quarter 2020 levels, which is probably smart since chip makers slashed production during the 2008 financial crisis and then had trouble meeting demand when it snapped back.

The wireless world is now on the cusp of another big network upgrade to 5G, and Qualcomm has a hand here, too. Qualcomm isn’t as domineering in this area, but 5G phones have to be backward-compatible, so they contain 3G- and 4G capability.

The upshot: Qualcomm’s licensing business will continue to see solid growth for years to come as 5G ramps up. The company also designs chips used in smartphones, but licensing and royalty business represents about 75% of operating income.

Importantly, COVID-19 doesn’t seem to be hurting the roll out of 5G. It’s a leading indicator for the health of Qualcomm, says the company’s CFO Akash Palkhiwala, so this is key for investors. Surprisingly, Qualcomm maintained its 2020 guidance for its 5G business in its late April earnings call. “We feel very comfortable with the full year guidance,” Palkhiwala told investors.

In a hint of what may come soon to the rest of the world, about three-fourths of mobile phones launched in China so far this year were 5G. Qualcomm also benefits from two major long-term trends: The increasing wireless capabilities in cars especially as they add self-driving capabilities, and the Internet of Things.

For over a decade, this IT consulting and outsourcing company was the darling of growth investors. Since early 2018 shares of Cognizant Technology Solutions (NAS:CTSH)   have wobbled because growth slowed — and worse. Cognizant got caught up in a bribery scandal in India, and earlier this year it was crippled by a malware attack that the company believes will cost $70 million to handle.

It’s embarrassing when the tech experts you are supposed to rely on for advice on how to avoid malware attacks get crippled by one. Another issue now is Cognizant’s large exposure to financial service companies, which are suffering damage because of the weak economy and the flattening of the Treasury yield curve.

All of these problems seem like one-offs to me. Memories of scandals and mishaps fade. The economy will come back. Meanwhile, Cognizant continues to invest to expand its reach in hot areas of tech like the cloud, automation, analytics, the Internet of Things, and social media.

Cognizant gets about 75% of its revenue from North America, so it is relatively immune to trade wars. This also implies plenty of room for growth in other parts of the world. Investors don’t really believe (which makes this a contrarian play) but “reacceleration in growth is not farfetched,” says Morningstar analyst Julie Bhusal Sharma.

Like Texas Instruments, Analog Devices (NAS:ADI)   is a big player in the analog chip space — especially signal processing chips. Its expertise and product lineup make it a bet on some of the biggest tech trends around. These include 5G, self-driving and electric cars (which require more and more advanced technology and sensing capabilities), and the increasing sophistication of industrial equipment. Plus, Analog Devices has a decent protective moat around its business because of its design knowhow and customer switching costs.

At the time of publication, Michael Brush had no positions in any of the stocks mentioned in this column. Brush has suggested INTC, TXN, QCOM, CTSH and ADI in his stock newsletter Brush Up on Stocks. Brush is a New York City-based financial writer who has covered business for the New York Times and The Economist Group, and he attended Columbia Business School. Follow Brush on Twitter: @mbrushstocks.

More: Don’t even think of owning stocks unless you’re willing to buy and hold for at least 10 years