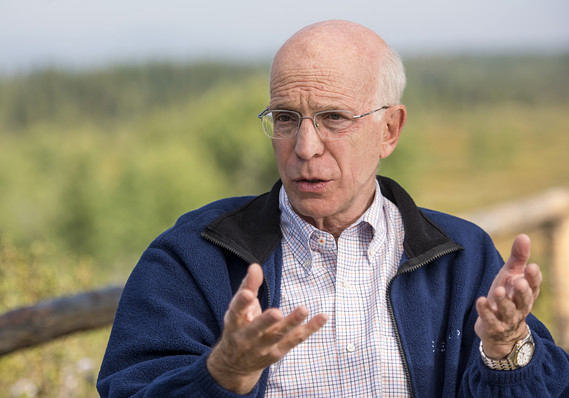 President Donald Trump’s trade war with China is likely to generate a supply shock for the U.S. economy similar to the stagflation that hamstrung the U.S. economy after the 1973-1974 OPEC oil embargo, a former top Federal Reserve official said, on the sidelines of the Fed’s Jackson Hole conference.

“It’s a stagflationary shock. Hopefully a small one,” Alan Blinder said, in an interview.

Blinder was vice chair of the Federal Reserve board between 1994 and 1996.

In the 1970s, oil prices quadrupled in the wake of the OPEC ban on oil exports.

This resulted in slow economic growth and higher inflation, something central bankers had never seen before.

At first, the Fed didn’t know how to respond, Blinder said.

There are no perfect answers for policy makers. The central bank can either respond to the inflation or the stagnation, he said.

Supply shocks disrupt the efficiency of the economy,“ an economic machine that was able to produce this much output will now produce less,” Blinder said.

After a while, businesses will adjust, he said.

Blinder said he is not sure whether the OPEC embargo is a perfect analogy for the Trump trade war.

One notable difference is that when the U.S. responded to the oil embargo, “we weren’t’ making enemies, he said.

Blinder said it was hard for the Fed to guage the future given the president’s actions.

“The trend seems bad,” he said.

If it weren’t for the distortions Trump is causing to international trade, Blinder would not be worried about a severe economic downturn.

“It looks like pretty smooth sailing for the economy,” Blinder said.

“But this [president] is capable of killing it, and shows no judgement or intelligence,” Blinder said.

“That has the potential... for really killing investment,” Blinder said.