‘While vaccine development continues, it’s important to advance every promising treatment option to improve the odds for those who become sick,’ scientists write in op-ed 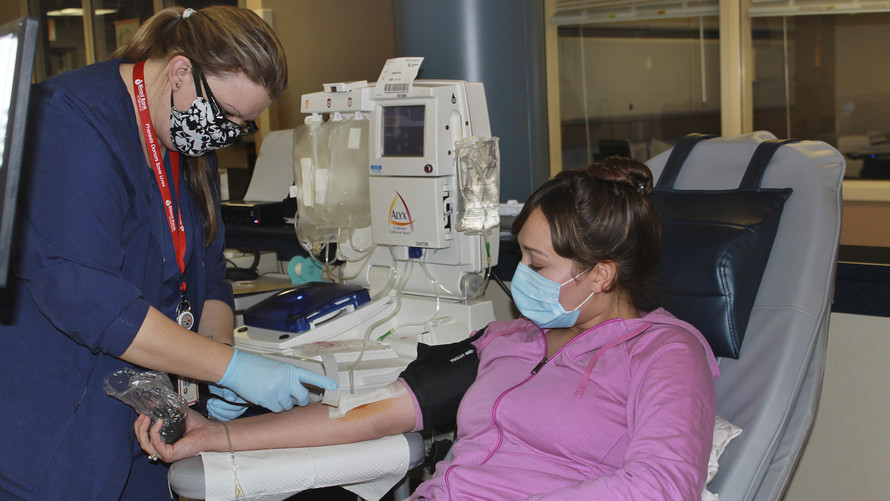 A group of four former U.S. Food and Drug Administration commissioners is arguing for the U.S. to step up efforts to collect blood plasma from patients who have recovered from the coronavirus illness COVID-19 and to push ahead with clinical trials.

Blood plasma, or convalescent plasma, has been used in the past to treat other infectious diseases, including the 1918 flu, along with SARs, Ebola and measles. The idea is that one person’s success in creating antibodies can bolster the immune response of a newly infected patient.

“The United States could desperately use such a treatment. The nation continues to struggle with high rates of hospitalizations and tragic deaths. While vaccine development continues, it’s important to advance every promising treatment option to improve the odds for those who become sick.”

The four — Mark McClellan, Margaret Hamburg, Robert Califf and Scott Gottlieb — wrote in an op-ed in the Washington Post that the U.S. has been the leading global supplier of plasma products.

“Now, we’re also the world’s leading supplier of coronavirus cases, with around 60,000 a day. If convalescent plasma does help, it could help mitigate the impact of the pandemic,” they wrote.

To do things right, however, will require randomized clinical trials that include patients who are treated and others who receive usual care. For now, thousands of patients have been treated with plasma, but without proper trials, it’s impossible to know whether plasma works.

The four scientists cited the example of hydroxychloroquine, the antimalarial drug that has been touted by President Donald Trump, among others, as a potential treatment for COVID-19.

See also: Hope dims for hydroxychloroquine even as medical study detailing the drug’s failure is retracted

Earlier studies that did not include randomization offered contradictory results that were impossible to interpret. Subsequent randomized trials “showed no meaningful benefit and, in some trials, significant side effects and worse outcomes, enabling us to conclude hydroxychloroquine isn’t providing an advantage and allowing us to focus attention on more promising treatments,” they wrote.

Without randomization, it’s impossible to know if plasma is producing a benefit or something else is making a patient feel better or worse.

The good news is that a group called, “The Fight Is In Us” has emerged to drive awareness and recruit donors across the nation. The federal government’s ACTIV program, which is part of Operation Warp Speed, an accelerated drive to come up with COVID-19 treatments, is also conducting trials of plasma and synthetic antibodies that use similar mechanisms as plasma to neutralize the virus. But few patients are able to participate in the plasma trials, they wrote.

In the U.K., The Recovery trial has taken a different approach and made it easier for patients and clinicians to handle enrollment and care. That trial showed that steroids work in some patients, and that hydroxychloroquine didn’t. “It’s studying convalescent plasma now, but there are far more patients who could participate in similar trials in the United States,” the scientists wrote.

“Given the urgency of the covid-19 crisis, we need to create new pathways for quickly advancing promising therapies while clearly determining whether they’re safe and effective,” said the op-ed. “We can’t waste precious time and put people at risk by treating them with therapies that don’t work or miss opportunities to collect data and determine when a treatment is beneficial.”

The Wall Street Journal reported last week that the FDA is close to issuing an emergency use authorization for blood plasma and an announcement could come as early as this week.