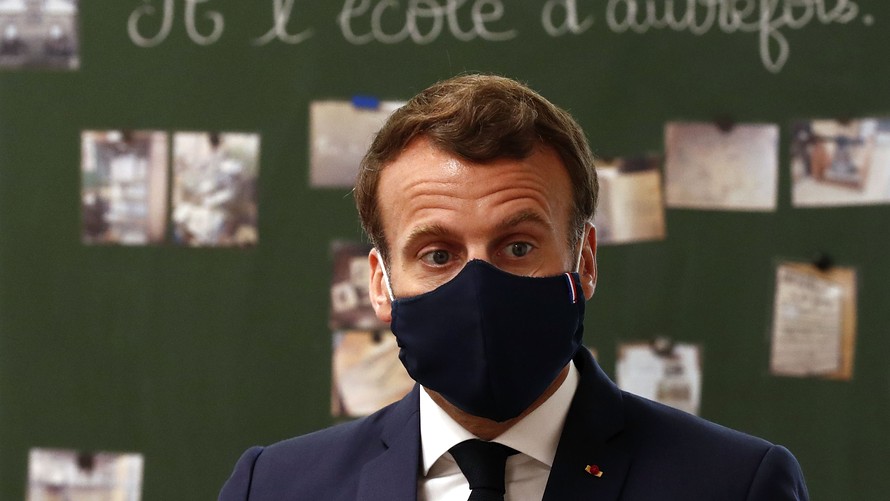 Getty Images
French President Emmanuel Macron speaks with pupils during a visit at the Pierre Ronsard elementary school in Poissy, west of Paris.

Angry... French President Emmanuel Macron was reportedly “angry” when he heard that Sanofi, the French pharmaceutical he sees as a national champion, was considering making the U.S. market a priority for the manufacturing and distribution of its eventual coronavirus vaccine.

In the grand tradition of French industrial policy posturing, the French presidency soon let it be known that Macron had called Sanofi’s chairman , French business grandee Serge Weinberg, to tell him how “unacceptable” that would be.

And as if the presidential anger wasn’t enough, two members of Macron’s team — deputy finance minister Agnès Pannier-Runacher and Prime Minister Édouard Philippe — also immediately pitched in with their version of “unacceptable.”

That amounts to a whole new definition of “playing for the gallery.” Never mind that the coronavirus vaccine doesn’t even exist at this stage yet. Sanofi /zigman2/quotes/206928357/delayed FR:SAN +1.26%  is indeed working on it, and does this in partnership with GSK /zigman2/quotes/200381158/delayed UK:GSK +1.73% , its U.K. competitor, in a collaboration that both companies have called “unprecedented.”

What triggered the French ire is a statement earlier this week by Sanofi Chief Executive Paul Hudson , who said that the U.S. would eventually “have the right to the largest preorder” of the vaccine “because it’s invested in taking the risk.” What he meant was strictly factual: as the GSK-Sanofi release announcing their partnership indicated a month ago, both companies’ virus research is being funded by the Biomedical Advanced Research and Development Authority (BARDA), the U.S. government body responsible for the procurement and development of countermeasures against bioterrorism, chemical threats, pandemics and emerging diseases.

And it’s hard to accuse Hudson of springing a surprise on Europe or France. In the last two months, he has led a crusade to try convince Europeans to finance and set up manufacturing facilities for the future vaccine — which BARDA has done in the U.S. without waiting for the actual scientific breakthrough. When and if a vaccine is discovered, the main challenge will be to organize swiftly its mass production. What Hudson has been repeating for weeks is that Europe is badly lagging in preparing for this.

The French government noted that Sanofi has production facilities in France, which is true, but may not be commensurate with the size of the challenge that will arise once a vaccine is discovered. The naked truth is that Hudson’s campaign has revealed that Europeans have failed so far to put their money where their mouth has been.

Beyond the French government’s hypocrisy on the matter, the episode of Sanofi bashing also illustrates how industrial nationalism may play out in the post-coronavirus years, if governments try to force their national companies, champions or not, to prioritize their own domestic markets. As happened after the 2008 financial crisis, expect that particular form of populism to rise in the years ahead. And as demonstrated by the French government, populism remains a disease for which there is no vaccine in sight.