New confidence that deal will be reached before Jan. 31 deadline 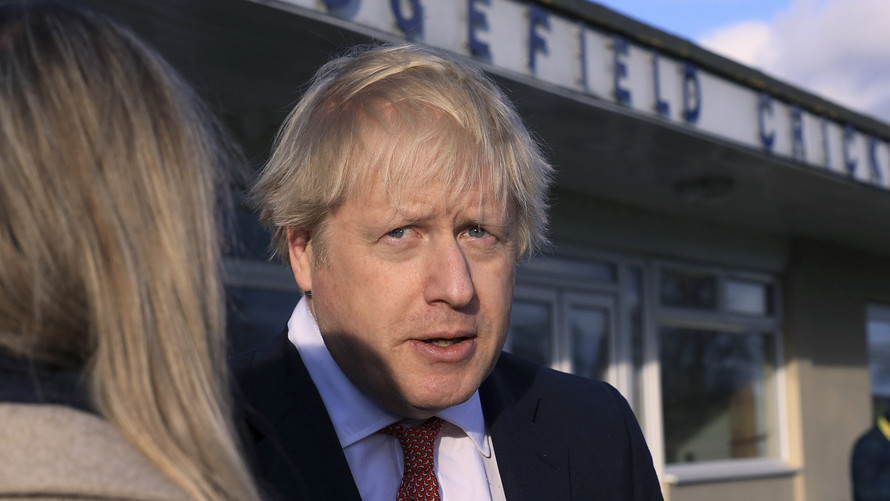 LONDON — There will be no letup for U.K. lawmakers worn out after Britain’s bruising election campaign. Prime Minister Boris Johnson is set to begin “before Christmas” the push to secure Parliamentary approval for his Brexit deal.

Buoyed by its landslide victory in Thursday’s election, Johnson’s Conservative government plans to move fast to make good on his campaign mantra to “get Brexit done.” That means ensuring legislation known as the Brexit withdrawal agreement bill is passed in time for the U.K. to complete its historic departure from the European Union by the current deadline of Jan. 31.

Conservative Party lawmaker Rishi Sunak on Sunday told the BBC that Brexit-enabling legislation will be “back to Parliament before Christmas.”

The Conservatives won 365 of the 650 seats in the House of Commons. Labour took 203 seats, its worst total since 1935. With a Conservative majority of 80, the tortured wrangling that has been a hallmark of Brexit debates since Britain’s 2016 referendum on its EU status should be consigned to history.

But once the Brexit legislation has passed, negotiations between London and Brussels will begin on a new deal covering their economic and strategic relationship. A transition period built into Johnson’s Brexit deal means that trade between Britain and the bloc will remain smooth until the end of 2020. But if no pact is ready then, the United Kingdom could still face an economically damaging departure from the EU, its main trading partner.

Senior Johnson ally Michael Gove told Sky News on Sunday that much of the work has already been done on the new deal and “there are areas where the European Union’s interests and the United Kingdom’s interests are already closely aligned, so I am confident that we will be able not just to leave the EU on Jan. 31 but also to conclude all the details of a new relationship in short order.”

Yet procedures in Britain’s centuries-old Parliament will stand in the way of instant gratification for Brexiteers.

The first order of business when the new lawmakers take their seats Tuesday on the green leather-clad wooden benches of the House of Commons’ debating chamber is electing a Speaker. That position was elevated to global fame by former Speaker John Bercow and his theatrical cries of “Or-derrr” before he stepped down and was replaced in November by Lindsay Hoyle.

Next, all 650 legislators have to be sworn in, a process expected to take days.

On Thursday, Queen Elizabeth II will deliver a speech written by Johnson’s government, laying out the administration’s policy plans.

“We need to make sure that the National Health Service is properly funded and we will be bringing forward legislation to ensure that there is an NHS funding guarantee, that’s the first and most important thing,” Gove told Sky News.

While the Conservatives are forging ahead with their policy platform, the defeated opposition Labour Party was licking its wounds and preparing to find a successor to leader Jeremy Corbyn, who has said he will relinquish the party leadership early next year.

Corbyn apologized Sunday for this party’s crushing defeat in the British general election but defended his campaign, even though it failed to resonate with the party’s working-class base, as “one of hope rather than fear.”

“I’m sorry that we came up short and I take my responsibility for it,” Corbyn wrote in a letter published in the left-leaning Sunday Mirror newspaper.

But he also insisted that his party’s ambitious, big-spending policy platform was popular and blamed the British media for its portrayal of Labour. Corbyn was widely criticized for his perceived tolerance of anti-Semitism in his inner circle.

After coming under fire from his own party in the aftermath of the electoral carnage, Corbyn said he will step down after a “period of reflection.” The process of choosing a replacement will begin early next year, but some have called for Corbyn’s immediate resignation.

At least one potential successor came forward Sunday. Labour lawmaker Lisa Nandy told the BBC she is “seriously thinking about” running to become the party’s next leader.

One thing that is not on Johnson’s agenda as he starts composing the queen’s speech is Scottish independence.

Nicola Sturgeon, whose Scottish National Party made strong gains in Thursday’s election, has been pushing hard since then to get U.K. government approval for a second referendum on Scottish independence, something Johnson has ruled out.

Gove was emphatic when asked if Johnson’s government would allow a second referendum five years after Scottish voters rejected independence.

“If he thinks saying ‘No’ is the end of the matter, then he’s going to find himself completely and utterly wrong,” she told the BBC on Sunday.