FTSE 100 ends at 2-high ahead of Brexit outcome 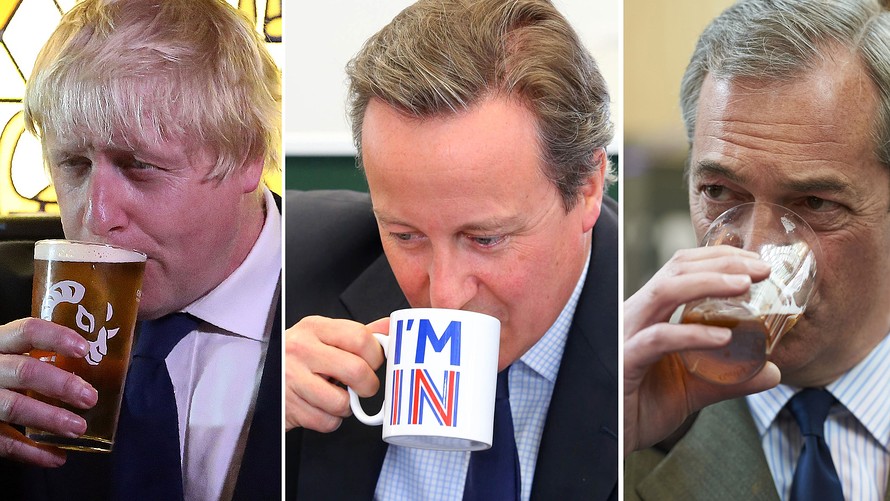 Blue-chip stocks in the U.K. rallied to a nine-week high Thursday investors bet that referendum voters would support the country’s continued membership in the European Union.

The London benchmark moved a leg higher in midmorning trade Thursday after an Ipsos Mori poll showed 52% of respondents favoring the U.K. remaining in the EU, while 48% prefer a Brexit. An online survey from Populus put the “remain” camp at 55% compared with 45% for the “leave” side.

Bookmakers reported heavy bets in favor of a “remain” victory.

The FTSE 100 did pare gains in afternoon trade before resuming its advance into the close.

“If you look at the constituents [that ended lower], there’s nothing there that indicates a change in sentiment or what’s going to happen,” when the vote outcome arrives early Friday morning, said Tony Cross, market analyst at Trustnet Direct.

“The City seems to believe that it’s still going to be a ‘remain’ vote tonight,” Cross said.

Shares of exchange operator London Stock Exchange Group  ended 3.1% higher. They had for a while topped the FTSE 100, indicating some investors believe that “if we do [exit the EU] then the LSE-Deutsche Börse deal collapses,” he added.

See: When will we know the result of the Brexit vote?

Separately, a Reuters report said Barclays stopped accepting clients’ currency stop-loss orders on Thursday in an effort to limit its exposure to losses that could follow the results of the Brexit vote. A stop-loss order closes out a client’s position if its value falls below a predetermined level.

The pound “was looking exhausted after such a huge bounce,” said Jameel Ahmad, head of market research at FXTM, in emailed comments.

Even if the remain camp wins, Ahmad doesn’t see the pound sustaining a move much higher above $1.50.

“U.K. economic growth is slowing down as a whole. Also, the dollar should see some support following a ‘remain’ outcome as the Federal Reserve would have one major less reason to delay U.S. interest rate increases,” he said.

Other movers: Tesco PLC /zigman2/quotes/203761082/delayed UK:TSCO +0.61%  rose 0.8% after the supermarket chain posted a 0.9% rise in same-store sales during the first three months of fiscal 2017. That compared with a decline of 1.3% in the same period a year ago. Tesco also said it’s agreed to sell its Harris + Hoole coffee chain.

Shares of defense contractor BAE Systems PLC ended up 0.3%. They had fallen earlier Thursday after a ratings downgrade to hold from buy at Berenberg.